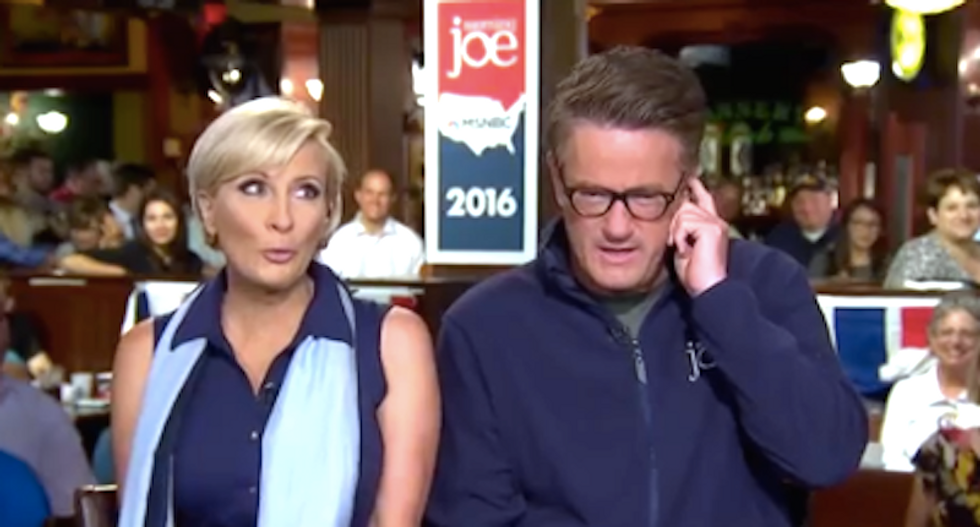 Melania Trump gave the first major speech of her life Monday night at the Republican National Convention -- but her success will be overshadowed by some pretty obvious plagiarism accusations.

Portions of the speech closely resembled a speech given by Michelle Obama in 2008 at the Democratic National Convention, and panelists on MSNBC's "Morning Joe" blamed Donald Trump's bare-bones campaign staff for the ethical lapse.

"If you turned off the TV even an hour after her speech, as Joe (Scarborough) said, the reaction was, 'Wow, for someone who stepped onto a stage and made the first big public speech of her life, she nailed it,'" said panelist Willie Geist. "If you wake up this morning to this, I just ask you, how does this happen? How does it happen? Because when you see it side by side, it is a ripoff."

Panelist Mark Halperin said Trump's campaign did a "huge disservice" to the candidate's wife by allowing her to give the plagiarized speech.

"It's a campaign that is so skeletal, they're lucky that stuff like this doesn't happen more often, given how few people work there," Halperin said. "No campaign that had a full apparatus could possibly let something like this happen, and this is the way conventions are scored. It's unfortunate for her, because if this hadn't happened, the story today would be what an incredible job she did. Instead, the story is the campaign let her down."

"I think by the end of today, probably sooner, someone in the campaign's going to take responsibility for this and have to leave," Halperin added. "Not only for accountability, but also to take the onus off of her."

But the Trump campaign started Tuesday morning by denying the strong, word-for-word similarities were plagiarized from the First Lady's speech.

"There was no plagiarism, the lines from Melania's speech were not lifted," campaign manager Paul Manafort said on CNN, and then flatly denied the similarities could be described as plagiarism. "Of course not."

The "Morning Joe" studio audience then erupted into laughter, and the panelists said that couldn't be a good sign for Trump and his campaign.

"This is the same man that came on our show yesterday morning and called John Kasich, the governor of this state, an embarrassment," said co-host Mika Brzezinski. "Why don't we think that maybe Paul Manafort should look for another job. I'm serious."

The studio audience again erupted in laughter, and then loud applause.

"That guy is so negative, that guy is so divisive," Brzezinski said, as the audience continued to clap. "What does he do besides create trouble."

Scarborough distanced herself from Brzezinski's comments, which seemed to annoy her, and she got another round of applause when she asked the audience whether they agreed.

"Guys, we've got a crisis management issue here," Scarborough said. "When you make a mistake, and it's clear you (made) a mistake, you get it behind you as quickly as possible."

He said Trump's campaign has too often let problems "bleed and bleed and bleed" instead of reacting quickly and then moving past them.