Seth Meyers rips Trump for asking Russia to hack Clinton: 'I’m sure he has his treasons' 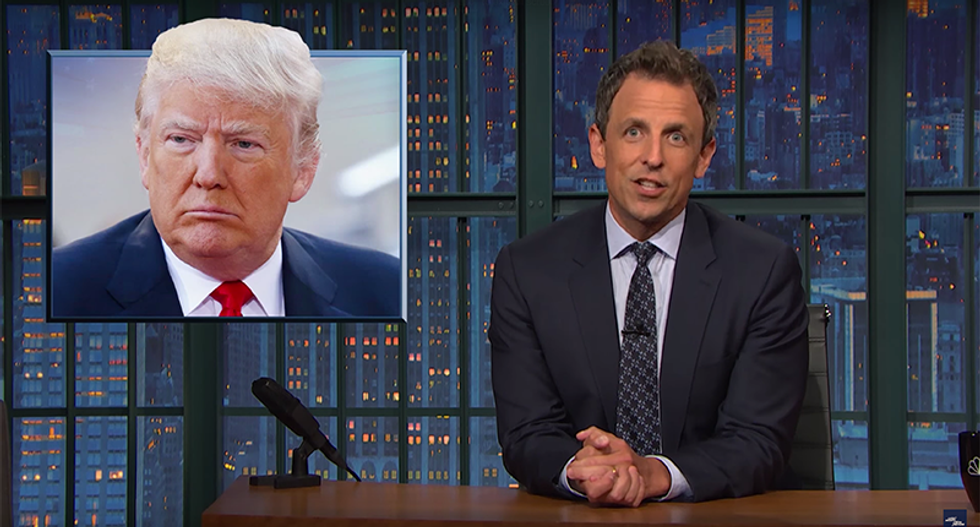 Republican presidential candidate Donald Trump is still making a mad dash for disaffected Bernie Sanders voters, but he doesn’t actually want to have anything to do with them.

After Sanders' speech at the Democratic National Convention on Monday night, Trump tweeted that he was sad to see Sanders abandon his movement, but assured Bernie fans he was welcoming them with open arms. That same day, however, he mocked a protester at his rally he claimed as a Bernie supporter.

Seriously? "We're gonna win Bernie supporters," Meyers said in his Trump voice. "Now forcibly remove that Bernie supporter from our rally. That's the last of 'em! There's none left! And they're voting for me."

While the first night of the DNC was dedicated to the new stars of the Democratic Party like Corey Booker and Elizabeth Warren, along with Sanders, Tuesday night was like "old home" night. Meyers showed Howard Dean's homage to the 2004 Dean scream. Meyers was sad he didn't get the actual scream in the end. "That is not that long ago. Remember when acting crazy on TV was a liability, instead of, you know, a platform," he said, flashing Trump's photo on the screen.

"Every time Howard Dean watches Trump speak he must go, 'I yelled one time. I yelled one time and everybody thought I was crazy.' Although, maybe Howard Dean didn't give us the scream last night because he was saving it for Meryl Streep," Meyers said, showing the clip of Streep screaming out on Tuesday night. "Look for Meryl starring in ‘The Howard Dean Story.’ There is no part she cannot play." 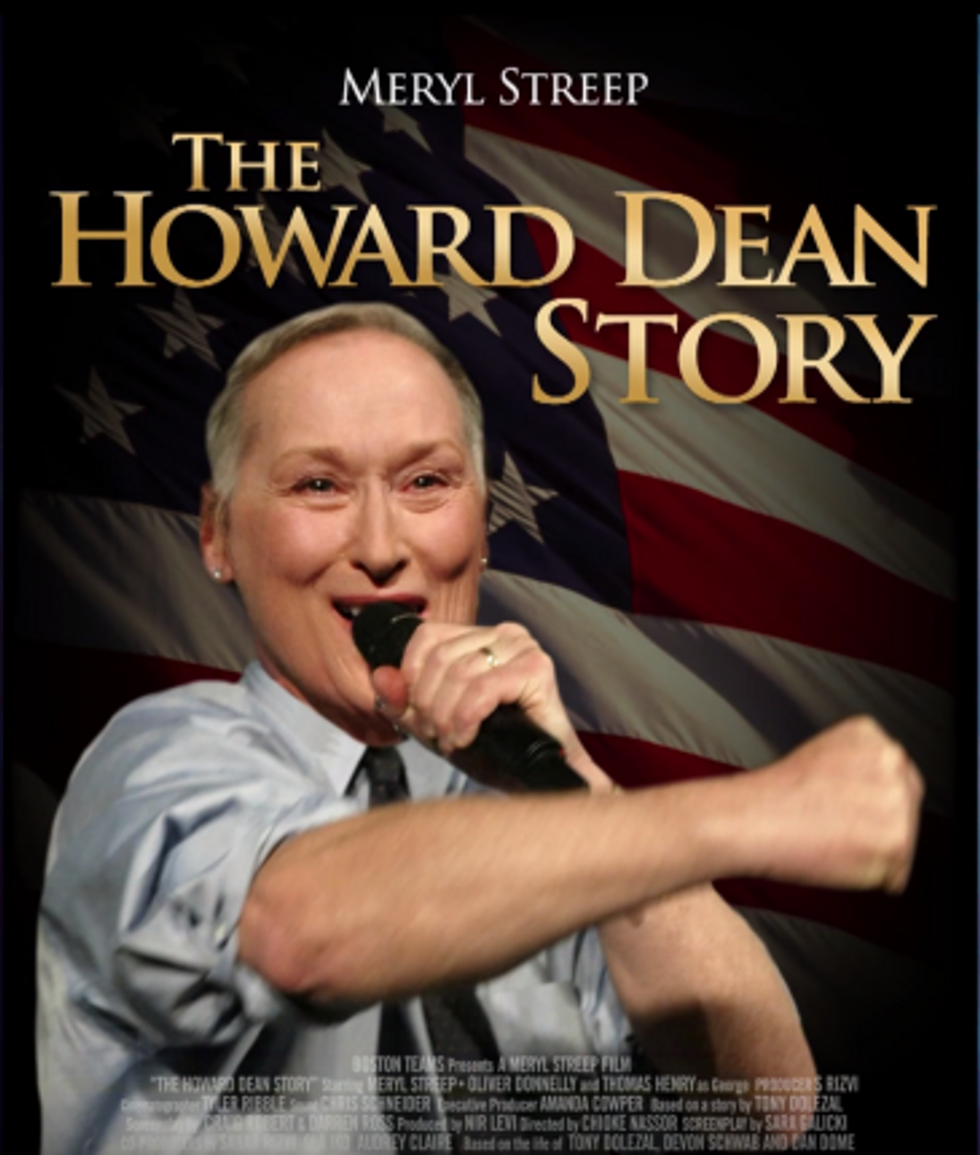 Meyers poked fun at former President Bill Clinton, who walked us through the history of his relationship with his wife. All the years. Meyers put together a compilation of each time Clinton said a year to show off the former president's lengthy speech.

"You know, it is really nice and sweet that Bill and Hillary have known each other so long, but as it dragged on, you saw the benefits of a speech from a recent spouse," Meyers said, showing Melania Trump's photo.

Clinton then appeared on screen while music continued to play in the convention hall, concerning many that Clinton might be about to "bust some rhymes." Meyers explained that if Clinton actually did rap, "she would make everyone's mom look like Kendrick Lamar. Because you know 100 percent she would start out, 'My name is Hillary and I'm here to say.'"

The biggest question, however, is what has Trump been up to while the DNCC is going on in Philadelphia. Instead of catching up one some sleep after the RNC, he was busy asking Russia to hack Hillary Clinton's emails. "Not sure why Trump would openly ask Russia to spy on Americans, but I'm sure he has his treasons," Meyers joked.

Meyers explained that, while many Republicans have denounced the statements and some think that Trump could be a secret Russian spy, he's far too obvious about it. "He's like a guy interviewing for a job at a bank who says, 'You have a lot of money and I want to steal it and it would just be easier if I worked here.'"

At the top of the show, Meyers mocked Bernie Sanders supporters, who marched through the streets of Philadelphia with a giant joint. He said it was ridiculous because everyone knows that if you have that much weed, you make brownies. In all seriousness, Meyers said he thought that the election couldn't get any crazier, but then Trump went onstage and asked Russia to hack into his opponents email server. "You know what, Bernie supporters, I think you guys were right all along. Bring that thing over here, come on."