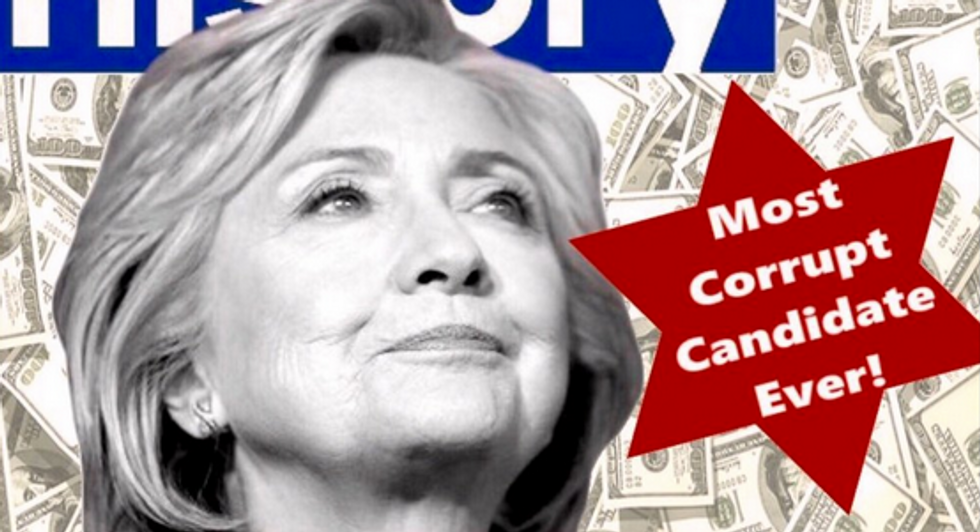 While most people were taking the 4th of July holiday weekend off, presumptive GOP presidential nominee Donald Trump was up bright and early on Twitter, claiming he has filled his speakers roster for the GOP convention before turning his Twitter guns on Hillary Clinton with a graphic that has people scratching their heads.

The day after the Clinton campaign announced it had raised more than $68.5 million for Hillary for America, the Democratic National Committee and state parties in the month of June, Trump took a back-handed shot at Clinton for her fundraising prowess using a Star of David on a field on money graphic.

(UPDATE:  The Trump campaign deleted the tweet, and replaced it with another  featuring a circle instead of the Star of David.  No explanation was given.)

The tweet, which can be seen below, reads: "History made. Most corrupt candidate ever," with a "Fox News Poll" banner, accompanied by a photo of the former Secretary of States next to the religious symbol.

The imagery, including the bed of money, was not lost on observers who called out the candidate, accusing him of appealing to his anti-Semitic and neo-Nazi supporters. 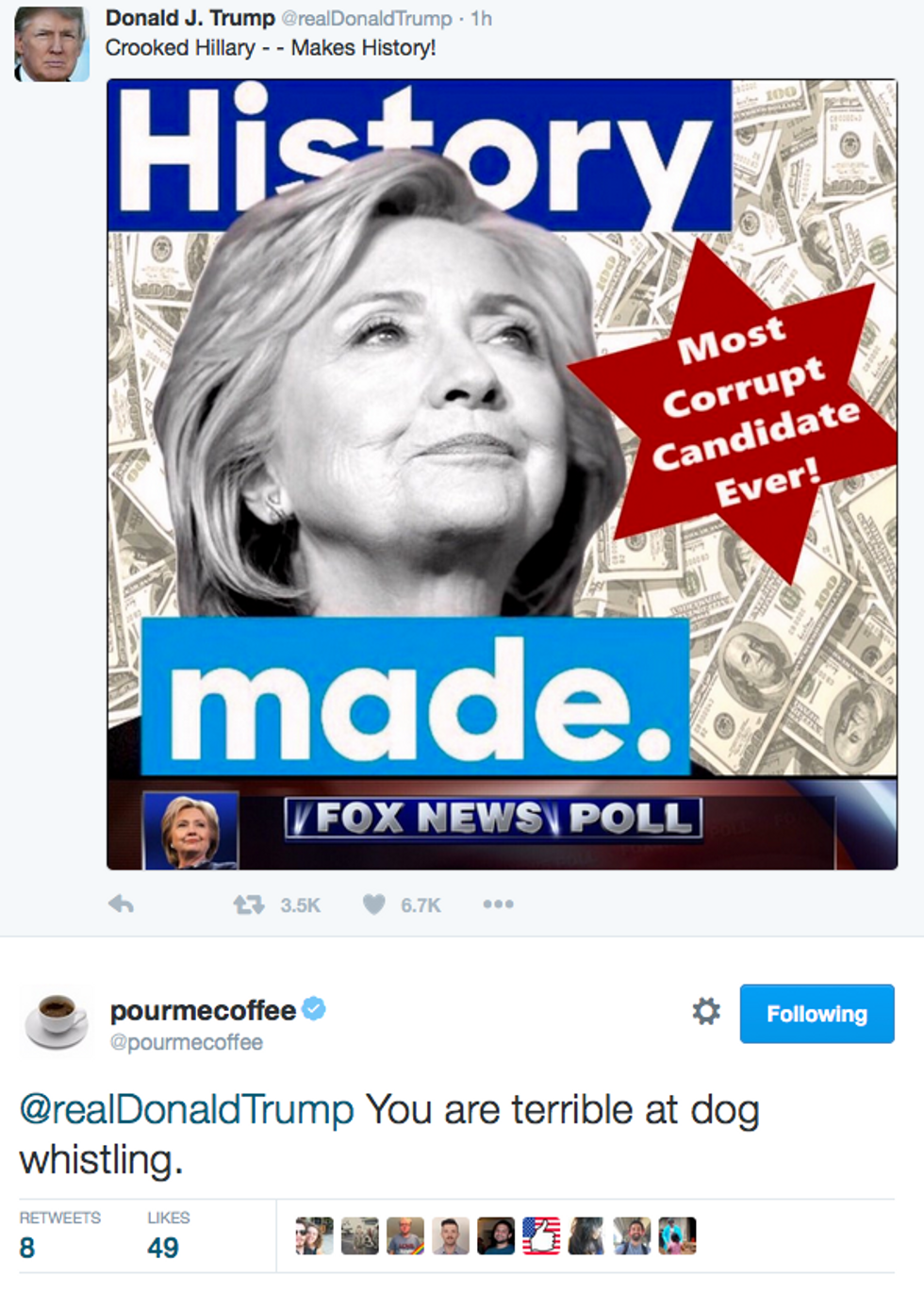 Just saw #DonaldTrump's Star of David tweet. I'm impressed by his ability to find a way to insult literally every kind of human being.
— Cole Haddon (@Cole Haddon) 1467470857.0

Really excited for Trump to try to deflate the Star of David tweet by asking "Where's my Jew" at his next rally #pivot
— Matthew Gertz (@Matthew Gertz) 1467469947.0

Hi, @realDonaldTrump graphics team. Can you please explain your choice of a Star of David over money and 'corrupt'? https://t.co/gvexX4S4QQ
— Bradd Jaffy (@Bradd Jaffy) 1467467682.0