Trump praises 'loyal' Corey Lewandowski: 'He’s been on CNN and he’s really been fighting for me' 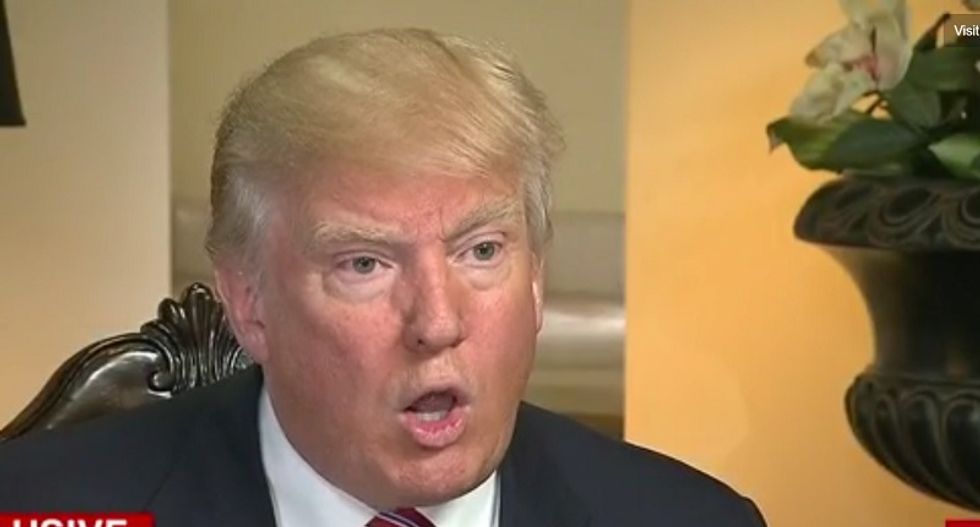 Donald Trump went on CNN the day after he accepted the Republican presidential nomination to thank his former campaign manager for all his help as a contributor on the cable news network.

Corey Lewandowski was fired last month after Trump's children raised concerns about the direction of the campaign, and he was hired shortly afterward by CNN over the objections of many of the network's employees due to his treatment of women.

The hiring proved to be even more controversial when hosts Chris Cuomo and Don Lemon revealed three weeks later that Lewandowski was still receiving severance pay from the Trump campaign while working as a network contributor.

Trump thanked his former campaign manager Friday for continuing to carry water for him during his CNN appearances, in comments flagged by Media Matters.

"When I started this, we had all these pundits saying it won't happen, and I had a little staff," Trump told CNN during a phoned-in interview. "Corey Lewandowski was great, I have to tell you, and he’s been very loyal and he’s been on CNN and he’s really been fighting for me, which is very nice and I respect that a lot."