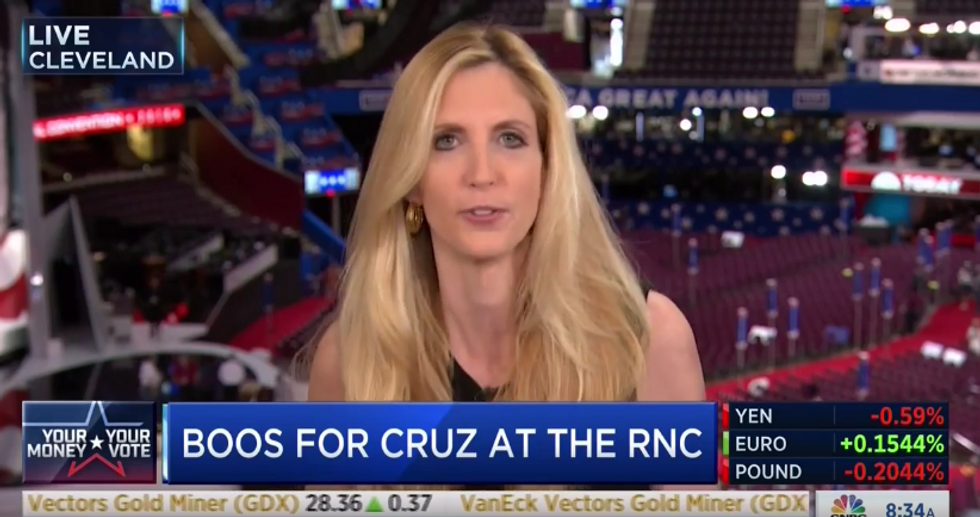 A lot of Republicans are really not happy with Texas Sen. Ted Cruz today after he prominently declined to endorse Donald Trump on Wednesday night.

Pro-Trump pundit Ann Coulter, as you might imagine, didn't mince any words in her denunciation of Cruz, whom she believed committed career suicide by not bending the knee to The Donald.

"I’m beginning to understand why Ted Cruz has been hated by everyone every place he’s ever been from kindergarten to the United States Senate," she said.

She then explained that she was very surprised that Sen. Marco Rubio endorsed Trump before Cruz ever did, as Cruz during the primaries was much closer to Trump's positions on issues like immigration than Rubio was.

"Rubio comes out and as tepid as it may be, does endorses Donald Trump," she said. "It’s Cruz who is a little bitch who can’t get over it."

Cruz said on Thursday morning that he's not prepared to endorse someone who still hasn't apologized for calling his wife ugly and hinting his father may have been involved in killing President Kennedy.

Check out the full Coulter segment below.