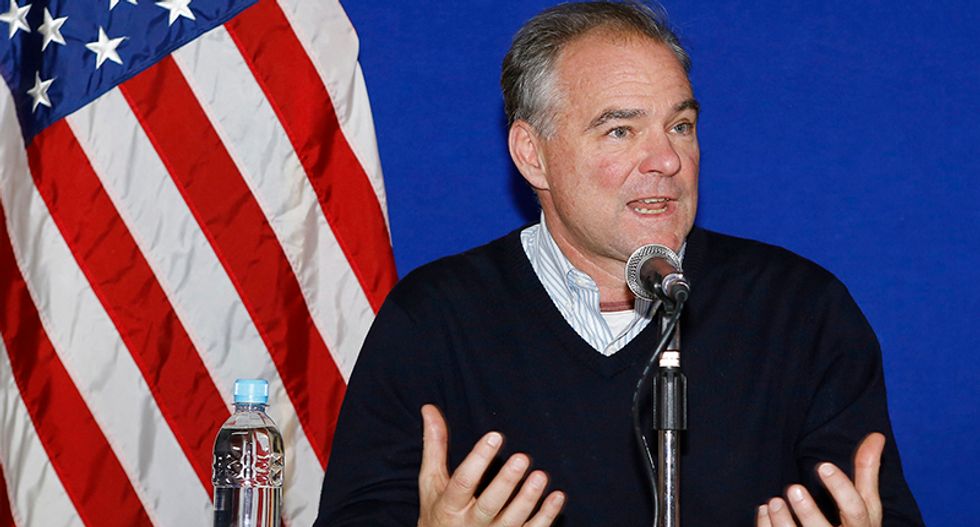 While this news was not surprising – Kaine had long been suspected to be a top choice and made President Obama’s short list in 2008 – it does raise questions about Secretary Clinton’s choices. In an extremely polarized election contest where her own liberal bona fides were questioned, why would she pick a centrist Democrat as her running mate?

Those who study the vice presidency usually concede that the veep pick has a negligible impact on the ticket’s eventual vote totals. John McCain’s choice of Sarah Palin in 2008 may be an exception. Researchers estimate she may have cost the campaign as much as 1.6 percentage points. However, the choice of a running mate still reflects a nominee’s judgment and sends signals about which groups campaigns they feel they need to target in a general election.

Both Clinton and Republican presidential nominee Donald Trump had to balance the demands of base constituencies with their own need to find complementary partners for the campaign.

What Pence does for Trump

As a political novice with a penchant for hyperbole, Trump’s VP choice had to soften his ticket’s rough edges and assure the base that experienced hands would be guiding this inexperienced potential president.

In both temperament and résumé, Mike Pence complements Trump. His experience in executive and legislative government, including foreign policy-related committee experience, and his even-keeled personality and connections to the evangelical Christian community assuage the fears of Republicans who worry that an inexperienced, bombastic candidate like Trump would ruin the government.

Clearly, no one is worried about Hillary Clinton’s lack of experience. However, she has had to worry about attacks on her character and challenges to her positions from her left ideological flank. In addition, she is also factoring in down-ticket considerations, as she, unlike Trump, appears more focused on helping her party make legislative gains in Congress.

A few weeks ago, when polls showed that anywhere from a fifth to a quarter of Sanders supporters were contemplating supporting Trump, it made sense that Clinton was giving serious consideration to adding a clearly progressive running mate like Massachusetts Senator Elizabeth Warren to the ticket. However, since then, Clinton has taken steps to mitigate the chances of a progressive revolt.

Clinton has reached out to progressives and given their concerns voice. She secured endorsements from Bernie Sanders and Elizabeth Warren. She welcomed Sanders supporters to help shape the Democratic Party platform. They played a role in moving the platform to the left on issues like the minimum wage. Based on this, Clinton may feel that she has sufficiently covered her progressive bases.

Now it is time for Clinton to shore up her right flank. Choosing a more centrist candidate signals a desire to try to appeal to the voter who is ideologically in the middle and most likely to cast the deciding vote for president. Clinton is betting that the median voter is disinclined to support Donald Trump.

Reportedly, Clinton’s finalists were a roster of centrists: Kaine, Secretary of Agriculture Tom Vilsack, and New Jersey Senator Cory Booker – who, while being socially progressive, staked out a more conservative, neoliberal fiscal position as mayor of Newark. In light of the perception that Clinton is untrustworthy, these men’s sterling reputations complement her. At the very least, they would not provide additional distractions to the campaign.

Admittedly, Tim Kaine does not add diversity to the ticket the same way Booker, Secretary of Labor Tom Perez, or Secretary of Housing and Urban Development Julian Castro would have.

However, Kaine is able speak to many different audiences.

What Kaine does for Clinton

Kaine is fluent in Spanish, having lived in Honduras with Jesuit missionaries in the early 1980s. His fluency is so strong, in fact, that he has delivered speeches in Spanish on the Senate floor and gives interviews in Spanish to networks like Telemundo.

He also served as mayor of Richmond, Virginia at the turn of the century. According to the 2000 Census, Richmond was about 57 percent black at the time.

Finally, it is important to consider domestic geopolitics. Democrats don’t want to just win the White House. They also want to regain control of at least one house of Congress. This year, 24 of the 34 senate seats up for reelection are held by Republicans, who hold only 54 seats in the chamber. The Cook Report suggests that seven of these seats are vulnerable. This week, the National Republican Senatorial Committee all but conceded that the Wisconsin seat, held by Senator Ron Johnson, was a loss.

Warren, Booker and Ohio Senator Sherrod Brown (who was also mentioned as a potential running mate) all hail from states with Republican governors – governors who could appoint Republicans to replace them should they be elected vice president. Fortunately for Tim Kaine, his state is led by fellow Democrat and longtime Clinton ally Terry McAuliffe, who will almost certainly protect the seat for Democrats.

While some people may be disappointed in Hillary Clinton’s choice of a running mate, there are good reasons for Kaine to join this ticket.