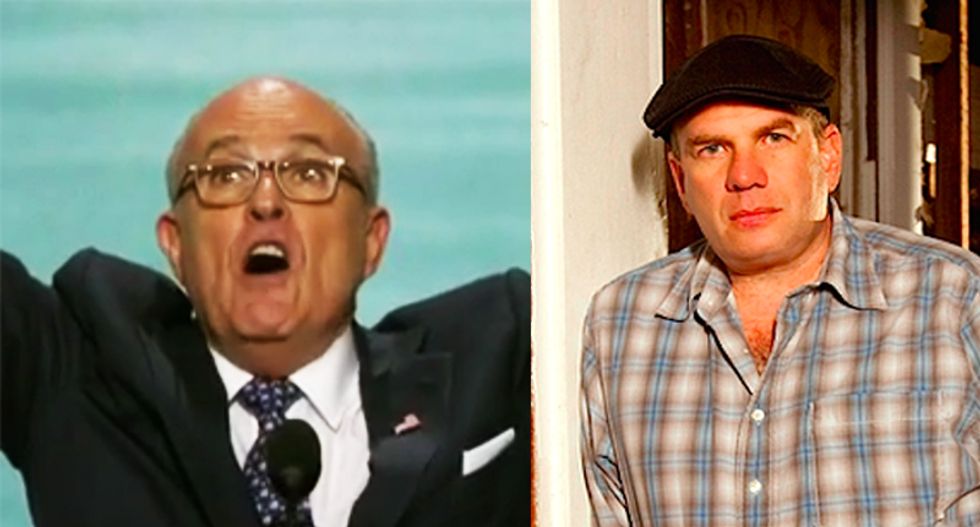 David Simon, the creator of HBO's ground-breaking The Wire, tore into Rudy Giuliani Wednesday after the former New York City mayor and failed presidential candidate continued to act as a surrogate for Donald Trump's presidential campaign.

This set Simon off who tweeted, "You callow hack. You were a US prosecutor in NY when Trump was sued by DOJ & settled for not renting to black folk," followed

an hour later by, "You callow hack. You were running for NY mayor when Trump bought full-page ads urging death for innocent black men."

While the first tweet had to do with a 1973 suit filed against Trump for keeping black people out of his rental properties, Simon's second one was in regard to Trump's attacks on the so-called "Central Park Five."

According to filmmaker Ken Burns, who recently completed a documentary on the subject, " [Trump] shamefully took out a full-page ad in all of the New York dailies asking for a restoration of the death penalty for two 14-year-old, two 15-year-old, and one 16-year-old innocent children. While New York State laws would not have permitted their execution, just the fact that there was a rush to judgment ought to be complete evidence of how temperamentally unsuited he is for the office he now seeks.”

The five were later acquitted, as Simon pointed out on Twitter as he fought with online trolls who defended Trump, saying his ad called for "law and order."

That was when Simon went after Trump in a series of tweets seen below:

@AnonymousGamblr @realFBra @NewDay You ass. He called for the restoration of a death penalty for black teenagers who were innocent of crime.
— David Simon (@David Simon) 1469022212.0

He then referred to Trump as a "swine."

A clip from Giuliani's Monday night speech below:

Rudy Giuliani: "What I did for New York, Donald Trump will do for America" https://t.co/8T5TObPIsD #GOPConvention https://t.co/N26iSXY56d