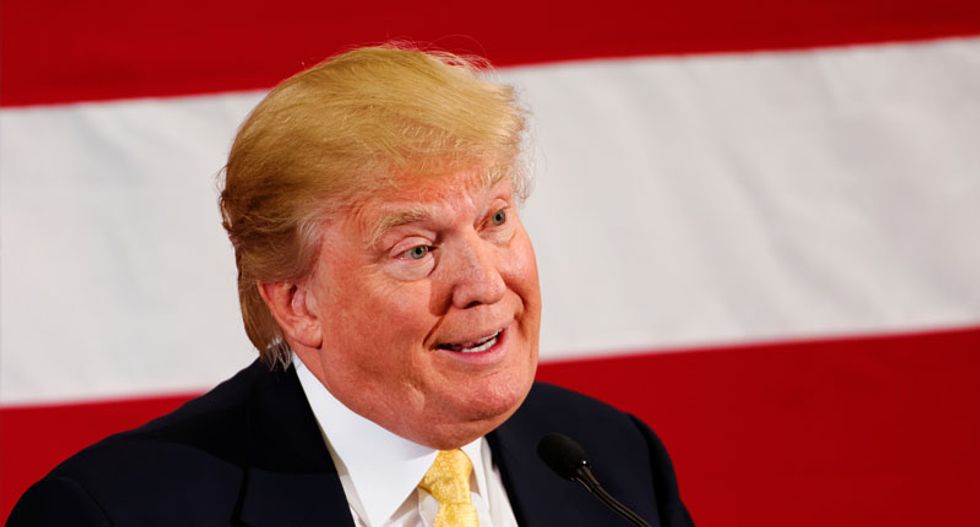 While admitting that 2016's presidential campaign is "unique," the American Psychiatric Association felt it was necessary this week to advise members to avoid analyzing GOP nominee Donald Trump's antics from afar.

According to the Washington Post, the APA has had a longstanding standard known as the "Goldwater Rule" which states:

On occasion psychiatrists are asked for an opinion about an individual who is in the light of public attention or who has disclosed information about himself/herself through public media. In such circumstances, a psychiatrist may share with the public his or her expertise about psychiatric issues in general. However, it is unethical for a psychiatrist to offer a professional opinion unless he or she has conducted an examination and has been granted proper authorization for such a statement.

During the 1964 election, GOP presidential nominee Sen. Barry Goldwater ran under the slogan: "In your heart, you know he's right."

Critics of the saber-rattling Republican responded with "In your guts, you know he's nuts," which set off a explosion of speculation over Goldwater's fitness as the commander-in-chief.

Speculation that Trump might suffer from a mental disorder arose back in January when a number of top U.S. psychologists speculated that the candidate was a "textbook" example of Narcissistic Personality Disorder -- normally characterized by an "inflated sense of their own importance, a deep need for admiration and a lack of empathy for others," according to the Mayo Clinic.

As the campaign has progressed, and after he became the GOP's official presidential nominee, Trump has become more erratic and compulsive than usual leading many to believe that something is amiss.

"Armchair analysts" like MSNBC host Joe Scarborough have speculated that something is wrong with Trump, with the former GOP congressman stating he's hearing from people who are concerned about the candidate's mental health.

"It was all everybody was talking about. Everybody was calling me saying, 'What's happening to him? What is wrong with him?'" Scarborough explained.

Others, including Washington Post columnist Eugene Robinson and Brooking Institute analyst Robert Kagan have also openly questioned Trump's mental state, with Kagan writing, "One wonders if Republican leaders have begun to realize that they may have hitched their fate and the fate of their party to a man with a disordered personality."

Kagan added, "We can leave it to the professionals to determine exactly what to call it. Suffice to say that Donald Trump’s response to the assorted speakers at the Democratic National Convention has not been rational.”

Which brings us back to the American Psychiatric Association's warning on Wednesday in the form of a gentle reminder to the professionals.

"This year, the election seems like anything but a normal contest, that has at times devolved into outright vitriol. The unique atmosphere of this year’s election cycle may lead some to want to psychoanalyze the candidates, but to do so would not only be unethical, it would be irresponsible," wrote APA President Maria A. Oquendo.

Oquendo did not specifically reference Trump, it should be noted.