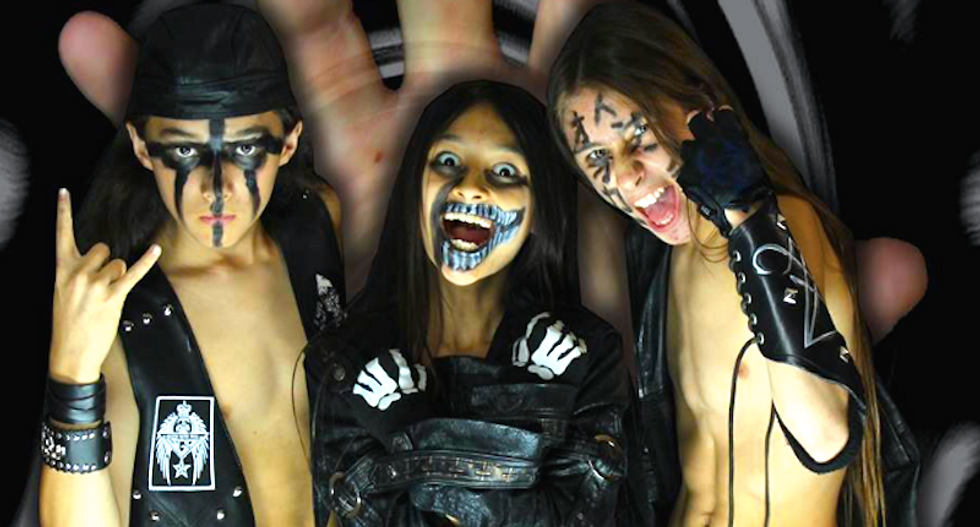 Remember the "Balloon Boy" hoax, when a Colorado couple provoked hysterical media coverage and an expensive rescue attempt after claiming their 6-year-old son was trapped aboard a gas balloon floating up to 7,000 feet above the rocky wilderness?

That boy is now 13 years old, and his father is still chasing notoriety through his children and a pro-Trump publicity stunt, reported the Tampa Bay Times.

Richard Heene served jail time for the balloon hoax, and he now does construction work in Florida.

Heene and his children -- 16-year-old Bradford, 15-year-old Ryo and 13-year-old Falcon, who hid in the family's garage during the "balloon boy" stunt -- attended a Donald Trump rally last week in Jacksonville and then hastily recorded a song tribute to the Republican presidential nominee.

"I would have to say that his slogan, 'Make America great again,' he really believes that to a T," said the 54-year-old Heene. "As a businessman, he has got to deal with people on a business level, not greasing his palms doing favors."

The boys, who perform as Heene Boyz, uploaded a video of the song, "The Youth of America for Trump," on Thursday.

The song itself sounds like several incompatible songs played at once, and the video is a weird grab bag of patriotic stock photos, Alex Jones conspiracy theories, anti-Clinton propaganda and Trump idolatry.

Heene hopes the song and its bizarre video might breathe life into his hopes to take the boys on tour to perform their flop musical, "American Chilly," which debuted in October.

The family's first brush with infamy, which many believed was an attempt to land a reality TV show, was turned into a musical comedy by actor Billy Recce.

Another child performing troupe and their father sued Trump for allegedly lying about a CD sales agreement after the Freedom Kids performed at rallies for the GOP candidate.