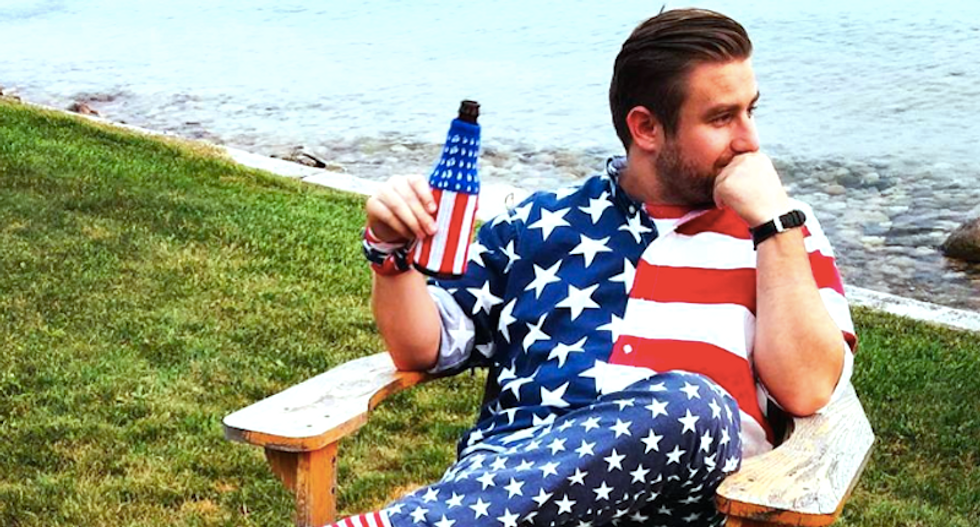 Rich was shot and killed July 10 while walking home in Washington, D.C., and a series of thinly sourced online stories have portrayed the 27-year-old as a whistleblower on his way to an ill-fated meeting with FBI agents.

The conspiracy theories claim Rich had been planning to reveal damaging information about Hillary Clinton before he was killed in the unsolved shooting.

WikiLeaks offered $20,000 on Tuesday leading to a conviction in the homicide, and founder Julian Assange suggested in an interview that Rich might have been a source for the group.

The conspiracy theories are largely based on the fact that Rich was killed shortly before hacked emails were released, showing DNC officials worked closely with the Clinton campaign during her primary race against Bernie Sanders.

Police believe his death was likely an attempted robbery, and his family has asked the public to stop speculating but invited them come forward with information to help solve the case.

"The family welcomes any and all information that could lead to the identification of the individuals responsible, and certainly welcomes contributions that could lead to new avenues of investigation," said Brad Bauman, a spokesman for the family, in a statement released to Business Insider.

Trump ally Roger Stone and conservative commentator Laura Ingram are among the high-profile promoters of the conspiracy theories -- and Rich's family begged them to stop.

"Some are attempting to politicize this horrible tragedy, and in their attempts to do so, are actually causing more harm than good and impeding on the ability for law enforcement to properly do their job," Bauman said. "For the sake of finding Seth's killer, and for the sake of giving the family the space they need at this terrible time, they are asking for the public to refrain from pushing unproven and harmful theories about Seth's murder."

Federal officials believe the DNC hack was carried out by hackers with ties to Russia.