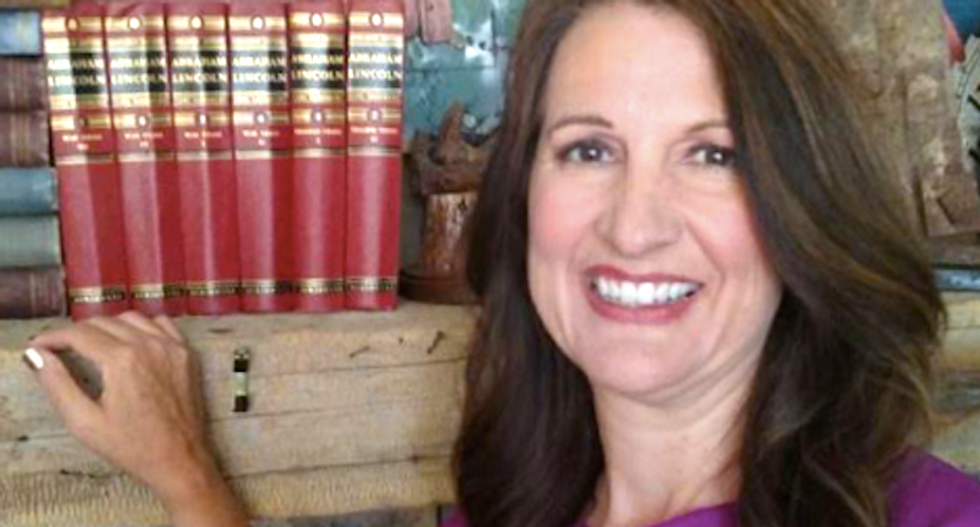 Kendal Unruh -- a Republican delegate and high school teacher from Colorado -- grew up in a religious cult, and that's why she's determined to stop Donald Trump from becoming president.

The 51-year-old Unruh, who was raised among members of The Move cult established by Sam Fife, said she knows what a cult leader looks like, and she said that perfectly describes the Republican presidential nominee.

"You wouldn't have even had to have grown up in a cult to recognize cult leader tendencies — if you look at this undying devotion in the followers — because that's what the problem is here," Unruh told journalist Hamish MacDonald.

"Anything that came out, no matter how repulsive it was, no matter how wrong it is, no matter how it was proven that his policies are not going to make America great again -- none of it mattered," she said. "The fear and the anger had been demagogued in such a way that their faces were set like flint and it's like they have blinders on."

Unruh, an anti-abortion activist who was pledged as a delegate to Sen. Ted Cruz, believes she's on a God-given mission to stop Trump -- who stands against most of her core political values.

"Donald Trump is not a Republican, bottom line," Unruh said. "He's a populist and he's a protectionist and all of his policies reflect that. I've spent my entire adult life, for 30 years, trying to reflect the platform as a conservative, values-based platform."

Unruh, who left The Move at 20, said she's been active in the "Never Trump" movement to save the Republican Party -- and possibly the nation.

"That's exactly what this is about, we're truly about saving our party," Unruh told MacDonald. "We have no party left if he's our nominee, because he has then changed what the brand means to be a conservative."

“I didn’t know there were so many creative ways to kill somebody,” Unruh said, laughing. “They’re gonna come and stab me and cut me in pieces.”