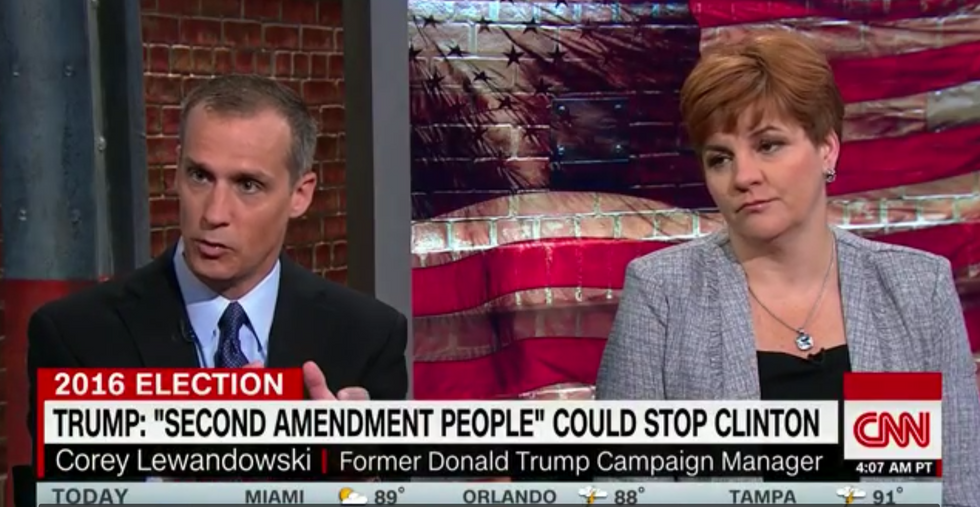 CNN on Wednesday went to former Trump campaign manager Corey Lewandowski to see if he could offer a good explanation for exactly what Trump meant with his latest outrageous remarks.

"I don't know what he meant," Lewandowski said when asked by host Chris Cuomo to explain Trump's declaration that "Second Amendment people" could stop Hillary Clinton from appointing judges after she gets elected as president.

Lewandowski quickly tried to pivot away from being unable to interpret the words of his former boss, but Cuomo wouldn't let him off the hook so easily.

"Isn't that a problem?" Cuomo asked. "If you don't know where he's going when he says something as President of the United States, is that really of no concern?"

Earlier in the segment, Lewandowski said that we should cut Trump some slack since he frequently talks in a "stream of conscious" style, which is not something that's typically desirable in a president.