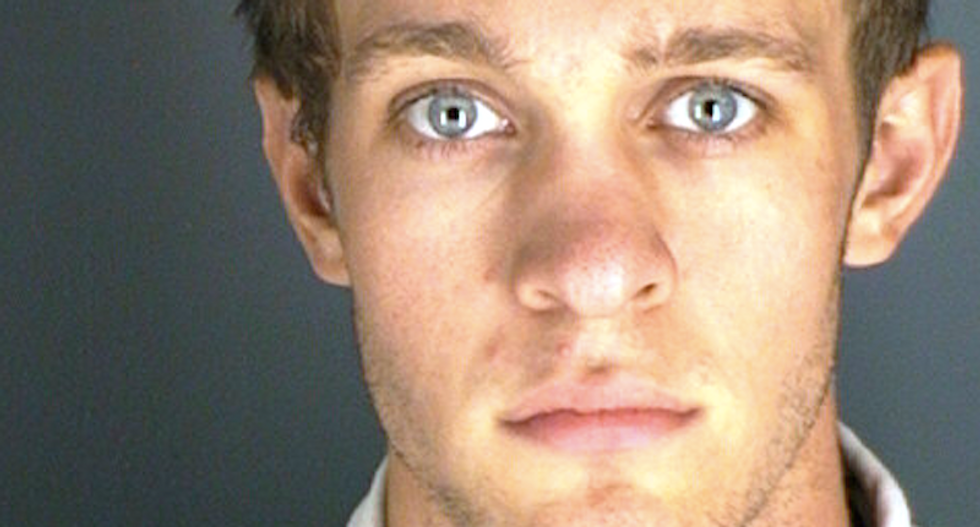 A former University of Colorado student avoided prison despite admitting he sexually assaulted a drunken woman after pretending to care for her.

Austin James Wilkerson was convicted in May of sexually assaulting a helpless victim and unlawful sexual contact, which carried a possible 12-year prison term, reported the Daily Camera.

Boulder District Judge Patrick Butler sentenced the 22-year-old Wilkerson to 20 years to life on probation and two years in the Boulder County Jail on a program that will permit him to leave during the day to work or attend classes, and then return to jail at night.

Austin Wilkerson’s victim speaks out: ‘I’m afraid of acquaintances’ after he raped me

The judge said he spared Wilkerson from prison, which prosecutors had sought, because Colorado law would have kept him there under the sex assault conviction until he was deemed fit.

“I’ve struggled, to be quite frank, with the idea of, ‘Do I put him in prison?'” Butler said. “I don’t know that there is any great result for anybody. Mr. Wilkerson deserves to be punished, but I think we all need to find out whether he truly can or cannot be rehabilitated.”

Wilkerson apologized to the victim, who asked the court to show him as much mercy as he'd shown her, but the woman had already left by the time her assailant spoke or was sentenced to probation.

"I'm sorry I have perpetrated the cycle of sexual assault on college campus," Wilkerson said. "My actions can never be undone."

Prosecutors said Wilkerson sexually assaulted the first-year student, who is now 21, on March 15, 2014, after telling the intoxicated woman's friends he would care for her.

“He made certain his roommate saw him checking her pulse and temperature, and giving her water,” prosecutors said. "(After the assault) he sent a message to the victim’s friend who then thanked him for caring for the victim."

Wilkerson initially denied what he'd done but later admitted to friends that he "let his hands wander" and had "fingered a girl while passed out," reported The Guardian.

He later told a university investigator that he had repeatedly made sexual advances toward the victim, but she had rejected him.

Prosecutors said the rejections "pissed off" Wilkerson -- who called her a "f*cking b*tch."

Wilkerson later testified during his trial that the woman was not intoxicated and had "passionately" engaged in sexual activity with him, prosecutors said.

"It was a five-day display of arrogance, entitlement, privilege and blatant disregard for the role of law," Datz said of his trial. "This defendant on the witness stand admitted he is willing to lie to gain an advantage to himself."

The judge agreed that Wilkerson appeared to feel "entitled" and "tried to play the system," but still kept him out of prison.

The victim said she suffered from panic attacks and nightmares after the sexual assault, and the woman said even her own mother partially blamed her for the attack.

The case bears strong similarities to the Brock Turner case at Stanford University.

The 21-year-old Turner, a former star swimmer, was convicted of multiple felonies after sexually assaulting an unconscious woman outside a fraternity party, but continues to argue the sexual activity was consensual.

Judge Aaron Persky sentenced Turner, who blames alcohol for his actions, to just six months in a county jail for the attack, and is now facing a recall campaign related to the lenient sentence.