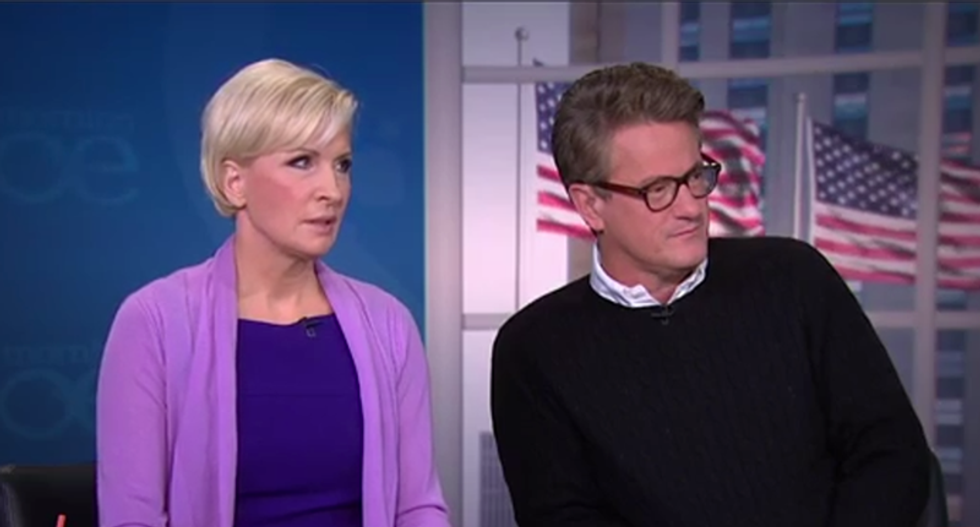 Morning Joe host Joe Scarborough reports that his sources are telling him the #NeverTrump movement has found a third party Independent Party candidate to run as a conservative challenger to Donald Trump.

"I had multiple sources last night telling me that an independent with the backing of a lot of Republican money is going to launch today," Scarborough said Monday morning. "You guys heard that?"

READ MORE: Who is Evan McMullin? Here are 5 things you need to know about the new #NeverTrump candidate

No other panelists on the show had heard the rumor.

"I could be wrong," he continued. "But several good sources told me that people, er, Republicans from, let's just say, Never Trumpland, found somebody and they're going to put good money behind him."

Panelist Mark Halprin asked if it was David French, an attorney, veteran of the first Iraq War and columnist at the National Review. Scarborough insisted it wouldn't be French.

"This is French 2.0," Scarborough said. "Someone like, I mean, it will be in that realm, but someone like that. Someone French-like. But, anyway, that would, I really think, again, to make matters worse."

"The people who are talking about funding this are more interested in Trump losing than electing their candidate," Scarborough said, shrugging.

BuzzFeed reports the candidate might be Evan McMullin, a career CIA agent who has never served in elected office and has under 1,000 followers on Twitter.

Though McMullin has been an outspoken critic of Trump over the last year, most recently on the idea that Trump is the "law and order" candidate.

Authoritarians like @realDonaldTrump use promises of law & order to justify infringing on civil rights as they consolidate control by force.
— Evan McMullin 🇺🇸 (@Evan McMullin 🇺🇸) 1469155963.0

As well as Trump's attacks on the Gold Star Khan family:

.@JoeNBC: Sources tell me that an Independent with a backing of GOP money will launch today https://t.co/TJClH2kvV9