Who is Evan McMullin? Here are 5 things you need to know about the new #NeverTrump candidate 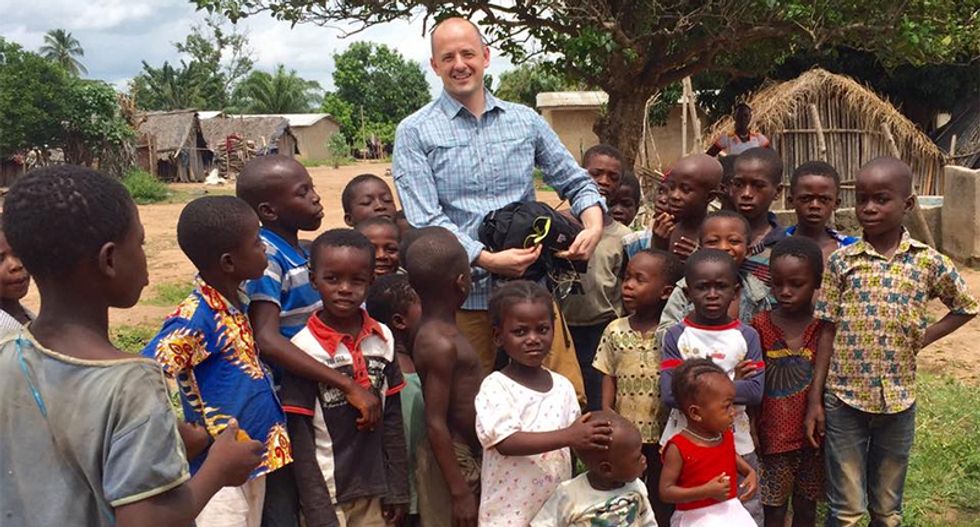 Here's what we know so far about the man that could drive the nail into the coffin of the Trump campaign:

1. McMullin had a career in the CIA.

He not only served eleven years in the CIA, ending in 2011, where he "managed clandestine operations related to counterterrorism and counterinsurgency, energy, political stability, and counterintelligence, while serving mostly in hostile environments," according to his LinkedIn profile. McMullin also worked with the United Nations helping to investigate Middle Eastern refugees and vet them as they were being relocated. McMullin also has business experience in finance, having spent three years working for Goldman Sachs but in San Francisco, not on Wall Street.

2. He has a tiny digital footprint.

While Donald Trump has his dirty laundry out for everyone to view, McMullin hasn't spent a lot of time on the web. "Morning Joe" panelist Mark Halprin remarked that McMullin didn't even have a Wikipedia page until Monday morning. As of BuzzFeed's report, McMullin had only 135 Twitter followers. His Facebook following is private, but his page is a mix of attacks on Donald Trump and an appreciation of nature, profiles on refugees, photos of nature and patriotism.

Trump likes to promote his prestigious education from the Wharton Business School, though Trump never thought very much of it. "Perhaps the most important thing I learned at Wharton was not to be overly impressed by academic credentials ... That degree doesn't prove very much," Trump wrote in The Art of the Deal.

By contrast, McMullin seems to favor his Penn days, attending a reunion in May and spending time on the Penn campus in February.

Scarborough alluded to the fact that McMullin was backed by the people in the #NeverTrump movement, who seek to stop Trump rather than those who are supportive of Hillary Clinton. BuzzFeed reports veteran GOP strategist and Florida media consultant Rick Wilson might already be involved in propelling McMullin's campaign into the spotlight.

The "Better for America" organization has been working for months to find another option, according to ABC. The group is funded in part by John Kingston who served as a bundler for Mitt Romney in 2012.

5. McMullin is thought to be a brutal fact check on Trump's foreign policy.

Donald Trump has spent the primary elections largely ignoring specifics on foreign policy, instead opting for broad bans and attacks. Since he secured the nomination, he's renewed his Muslim ban, said he would pull out of NATO, mixed up two different Iran incidents, attacked a Gold Star family and appeared not to know that Russia had invaded the Ukraine.

"As Donald Trump continues attacking Muslims and as a former CIA officer, I'd like all Americans to know the truth: American and other Muslims have played a central role in virtually every counterterrorism win we've had since 9/11," McMullin wrote on Facebook. This is sure to be only the beginning for McMullin's reality check on Trump's flippant statements.

His experience vetting refugees is also likely to provide first-hand experience opposing Trump's attacks on Syrian refugees and his ban on Muslims.

While McMullin hasn't formally announced, he gave an exclusive statement to ABC News offering himself "as a leader," who he hopes will give people another option.

"In a year where Americans have lost faith in the candidates of both major parties, it’s time for a generation of new leadership to step up," he said in a statement given exclusively to ABC News. "It’s never too late to do the right thing, and America deserves much better than either Donald Trump or Hillary Clinton can offer us. I humbly offer myself as a leader who can give millions of disaffected Americans a conservative choice for president."

See a clip of his TED Talk at the London School of Economics on ending genocide: