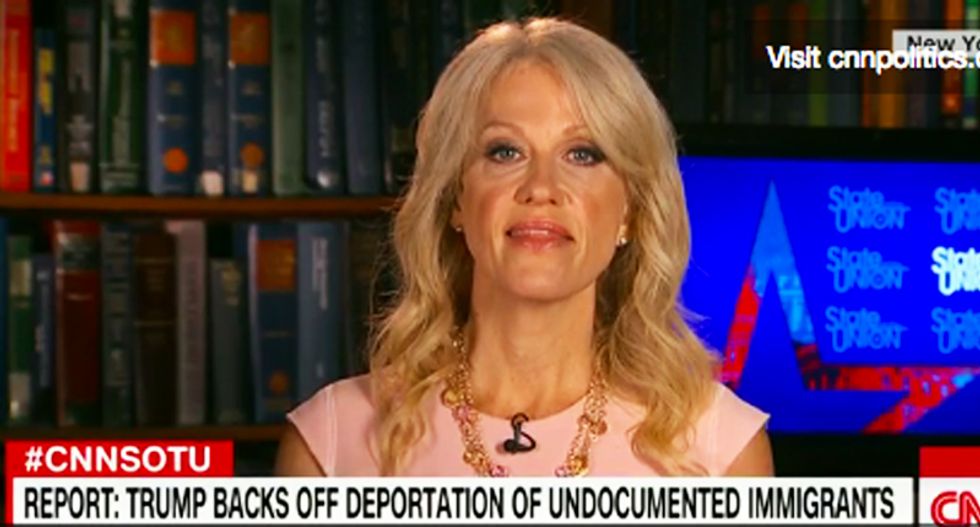 Appearing on CNN, newly minted Donald Trump campaign official Kellyanne Conway opened the door to the candidate possibly rolling back his plans to deport 11 million undocumented immigrants -- a major reversal from a candidate who has made immigrant-bashing a staple of his campaign.

Appearing on State of the Union, Conway told host Dana Bash that what is important is support for the law while being "fair and humane for those who live among us."

"As the weeks unfold, he will lay out the specifics of that plan that he would implement as president of the United States." Conway explained.

"Will that plan include a deportation force, the kind that you just heard in that soundbite, that he talked about during the Republican primaries?" Bash asked.

Conway enigmatically stated, "To be determined."

Trump campaign manager: It is "to be determined" if his immigration plan will include a deportation force #CNNSOTU https://t.co/0iKQKPyXqT
— CNN (@CNN) 1471784819.0