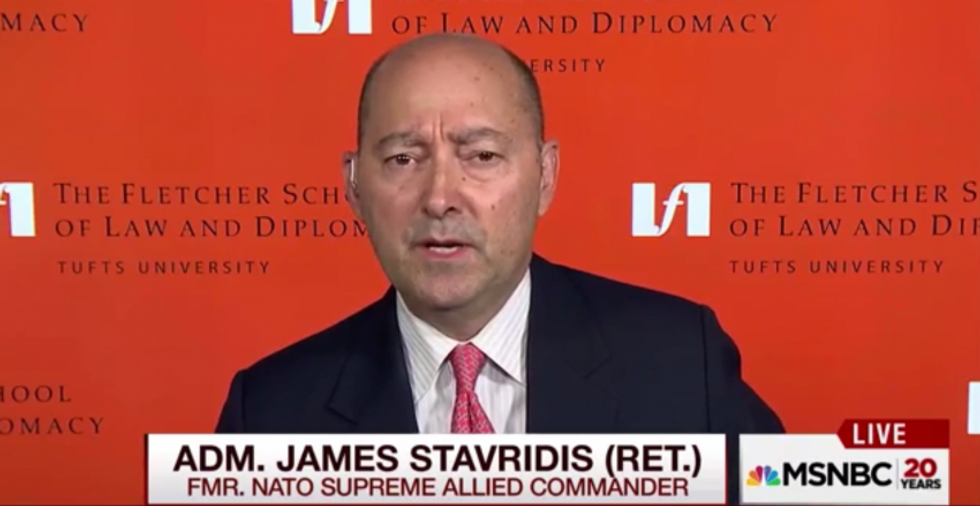 Donald Trump gave a big speech on his plans to defeat ISIS on Monday -- and it was a dud even by his low standards.

Morning Joe invited James Stavridis, a retired four-star Navy admiral who served as the 16th supreme allied commander of NATO, to analyze Trump's speech and... let's just say he was not impressed.

While he gave Trump a pat on the head for at least not talking about disbanding NATO, he said the speech had no specifics on any of the key intricacies of fighting terrorism, and instead focused mostly on putting ideological litmus tests on prospective immigrants.

Stavridis was reportedly being vetted by the Clinton campaign to be a potential vice-presidential nominee earlier this summer, although the campaign eventually decided to go with Virginia Sen. Tim Kaine.

Check out the video of Stavridis nuking Trump's ISIS speech below.