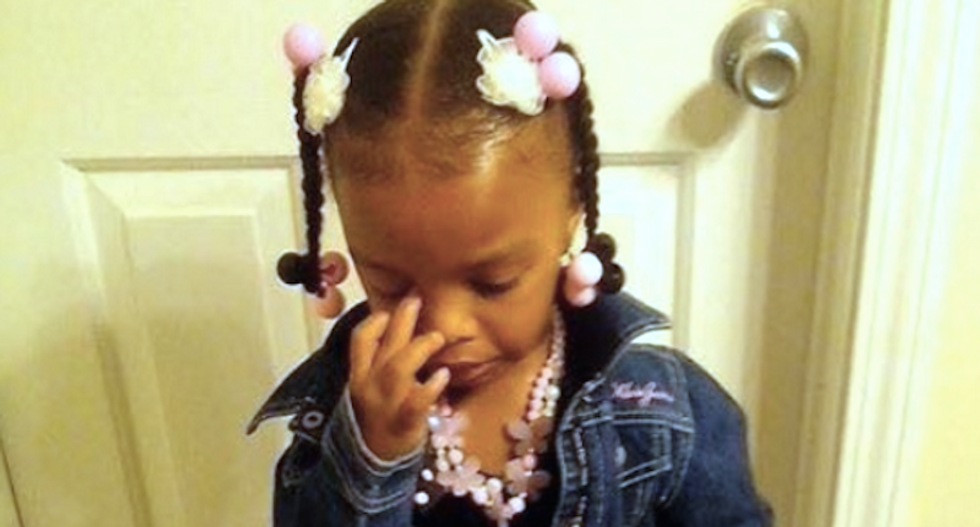 A South Carolina teacher punished a first-grader for fiddling with her shoes a week into the school year by tossing her sandals into the trash.

Chartrese Edwards said her 6-year-old daughter, Taraji, started crying when she got ready for school, saying she didn't want to wear the shoes her mother had picked out for her, reported WSPA-TV.

She asked the girl what was wrong, and she said her teacher had taken them away from her the previous day in school.

“I was messing with my shoes, and the teacher told me eight times or seven, and I never listened,” Taraji Edwards said.

The girl said the sandal strap was bothering her during math class at Bryson Elementary in Simpsonville, and her teacher threw them in the trash and made her walk around barefoot for part of the day.

The teacher eventually let the girl pick her shoes out of the classroom trash can and put them back on, but the child said the incident embarrassed her in front of her classmates -- who laughed and teased her.

“I do not want to get treated like that,” Taraji said. “I’m only six.”

Her mother thought the punishment was "malicious," but the teacher insisted she'd done nothing wrong during a meeting with the girl's parents and the school principal.

Greenville County Schools District said in a statement that embarrassment or humiliation were not acceptable forms of punishment, and the teacher's actions were under investigation.

The district did not release the teacher's name or whether she would face disciplinary action, saying it was a private personnel matter.

Taraji's parents have met with school administrators and school board members, and they've started an online fundraiser in hopes of sending her to a private school.

For now, the school district has approved a homebound teacher for Taraji.