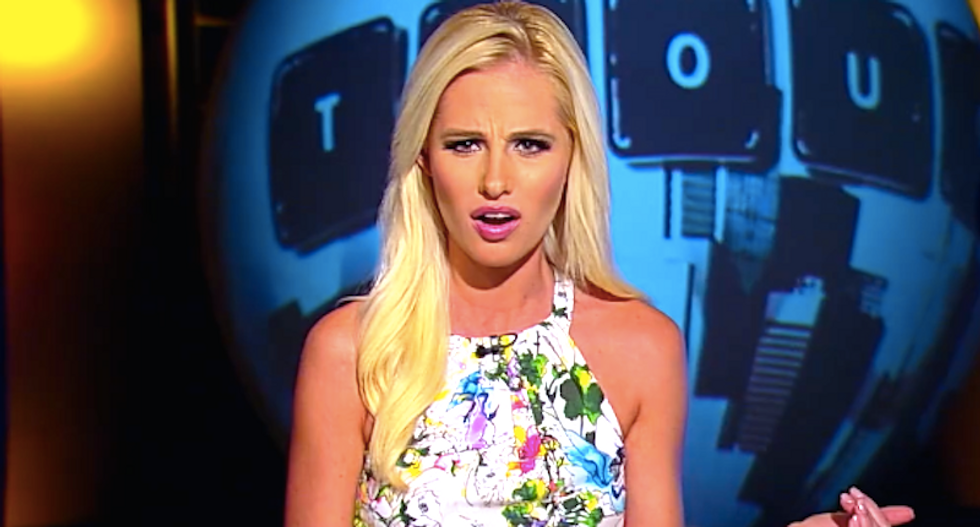 Lahren, who hosts a show on Glenn Beck's channel, The Blaze, complained that Black Lives Matter activists had rallied around Korynn Gaines, a black woman shot and killed by police following a lengthy armed standoff that she partially broadcast on social media.

"Who the hell would do that?" Lahren said. "Is that the definition of your Black Lives Matter? And what about the black life of her son, she used him as a tool, a prop, in her video -- real mother of the year there. Is this the kind of thing that Black Lives Matter wants to get behind?"

Police said Gaines, who was wanted on a bench warrant in connection with a March traffic stop, made violent threats against them and fired a shotgun after officers fired their own guns. Gaines' 5-year-old son was wounded in the gunfire.

"Gaines and her boyfriend are criminals, they're instigators -- are they really the face of your movement?" Lahren asked. "If not, speak the hell up."

The viral video star argued that police violence against black Americans could be justified if civil rights activists did not "speak the hell up" and express views that aligned with her own.

"The notion that a black suspect can do no wrong and is always the victim is B.S. This doesn't end well for anyone -- anyone," she said, leaning into the camera, "All lives matter, so speak the hell up before this kind of thing starts happening on a regular basis. Is it worth a hashtag or a riot in your name to lose your life? If not, speak the hell up. You're killing yourselves and your communities, but you're so caught up in your victimhood and your self-righteous B.S. you don't see it. Tell me your gangs, are they worth the loss?"