Tomi Lahren explodes on Kaepernick again: The real villains are deadbeat ‘black fathers like his’ 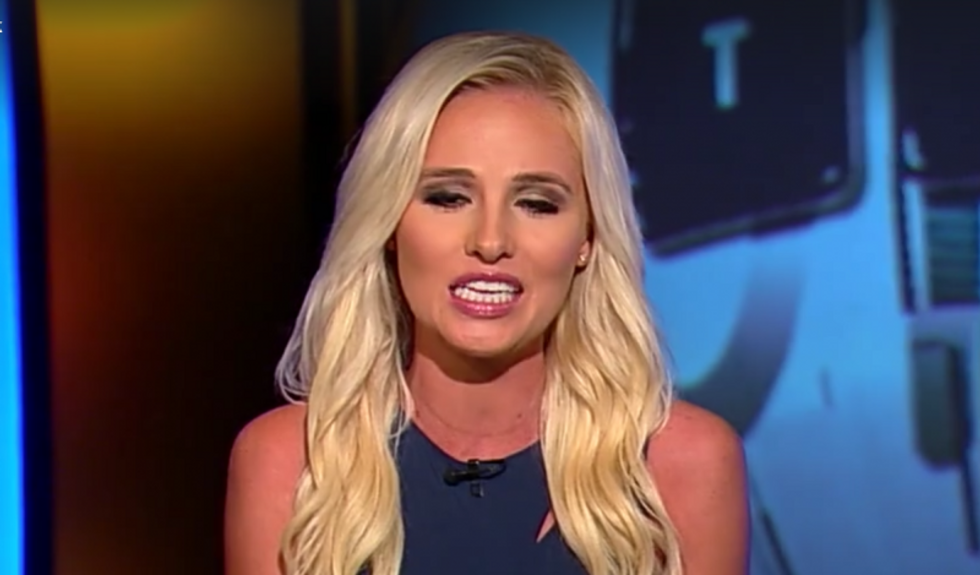 The Blaze's Tomi Lahren has taken a lot of heat for her earlier brain-dead rant against 49ers quarterback Colin Kaepernick, and now she's back for another helping.

In a new video posted on her Facebook page, Lahren said that Kaepernick shouldn't be upset about police brutality against black people, and should instead focus on protesting all the problems that black people have created for themselves.

"What is the significant change he's hoping to see, I wonder?" she asked rhetorically. "Maybe it's a decrease in black-on-black crime. Maybe it's more two-parent households where black fathers -- like his -- choose to stick around and raise their children. He should be talking about all of those things, but instead he chooses to parade around in a Fidel Castro shirt and anti-police socks like a damn fool."

Lahren has frequently trashed Kaepernick for having a black father who didn't raise him, and has chided the quarterback for not being more grateful for having two white parents who adopted him.

Lahren then said that Kaepernick ought to forfeit his entire salary and remove the American flag painted on the back of his helmet to show how serious he is about his protest.

Does that make any sense? Absolutely not, but she's still just getting warmed up.

She then lectures Kaepernick that the American flag and national anthem are symbols that show Americans can overcome their differences when they stand together -- this, despite the fact that she moments earlier had offered to help Kaepernick deport himself from the United States.

"Instead of waking up every day saying, 'Poor me,' how about you get up and thank God you can get up!" she thundered.

(For the record, Kaepernick's protest isn't about self-pity, but empathy for victims of police violence.)