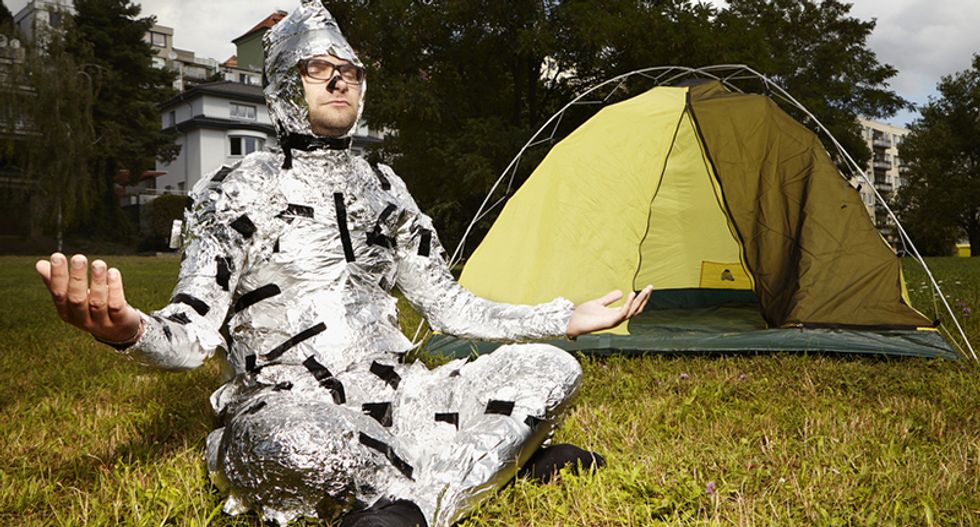 If you know someone who is tweeting about the Illuminati, the New World Order or a hidden government organization that is controlling their mind, then they're also probably supporting Donald Trump for president.

In fact, of those tweeting using the hashtag #NewWorldOrder, 39 percent are also following Trump's account. Those who believe the government is responsible for mass shootings like Sandy Hook and the Orlando Pulse shooting tweet about it using the hashtag #FalseFlag. Those that do, almost 32 percent followed Trump on social media and only 10 percent follow Clinton.

"It’s three to four times more people tweeting about conspiracies who follow Trump [than Clinton],” said Corey McCarren of Demographics Pro. “Illuminati was on there, too.”

Expectedly, Trump’s followers are four times more likely to follow InfoWars, the site run by Trump BFF Alex Jones. He famously talks about 9/11 being an inside job and that a CIA-run weapons system is activating "the Beyoncés" to promote killing police.

InfoWars is also behind the conspiracy theory that Clinton has a traumatic brain injury that is being hidden from the public. While things like this are generally ignored by the media, somehow that one made its way to Fox News's Sean Hannity, not just one evening last week, but every evening. Hannity, along with InfoWars, alleges everything from Parkinson's Disease to strokes and more, including spreading lies about those who have epilepsy. to He earned the disgust of networks, including CNN's Brian Stelter, who was so mortified he shredded Hannity and Fox News for allowing their anchor to say it.

“Trump was getting a lot of press for some of the conspiracy theories his supporters are putting out there, so we wanted to look into the likelihood that they were following accounts that are known for it,” McCarren told the Beast.

Interestingly, according to the infographic, 35.5 percent of Jesse Ventura's followers also follow Donald Trump. Ventura made news recently generating a conspiracy theory of his own, that Trump is only running to destroy the GOP after Pat Buchanan destroyed the Reform Party that Ventura and Trump helped begin and fund in the 1990s.

Check out the full infographic from Demographics Pro below: 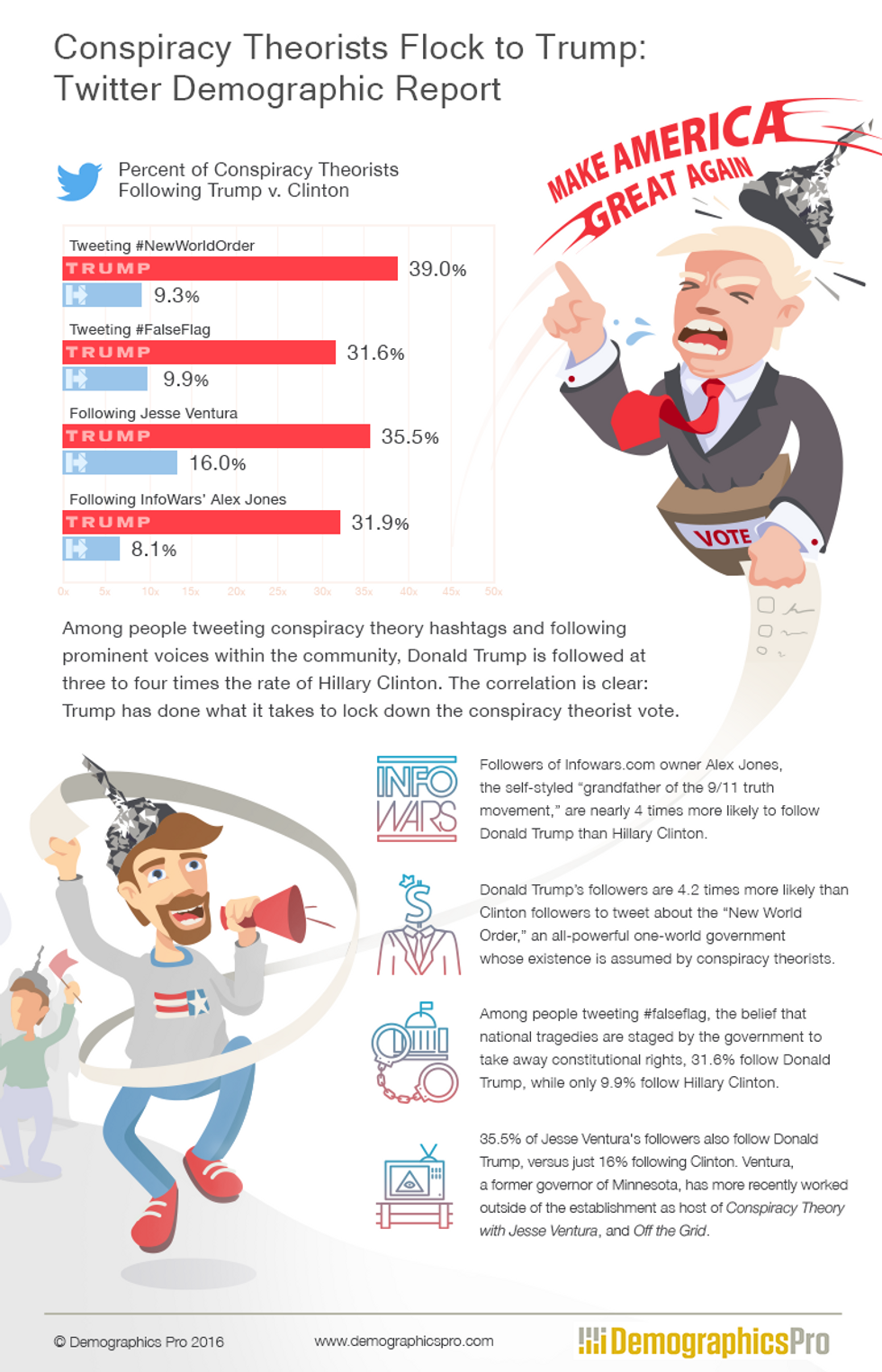