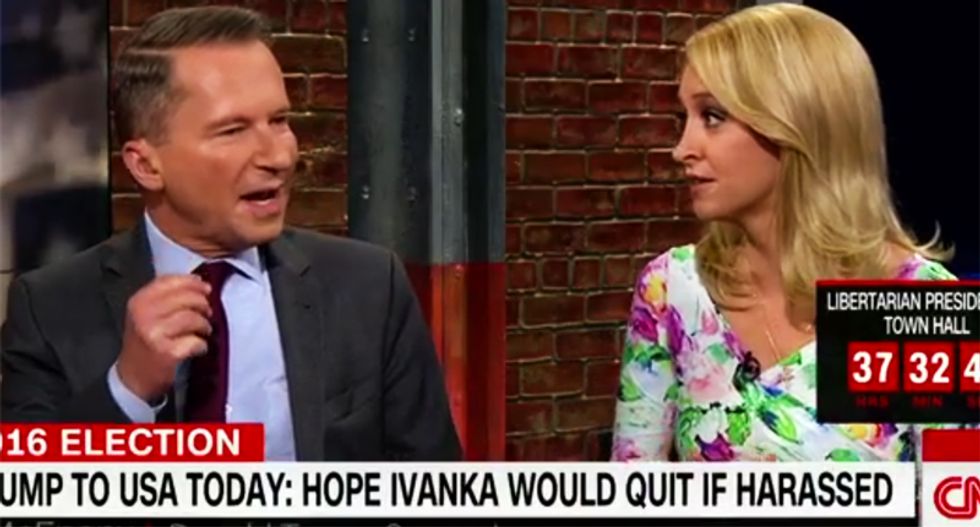 Just as Donald Trump's Khan crisis is slowly beginning to fade after he attacked the family of war hero who sacrificed his life for his fellow soldiers, another controversy has popped up after the candidate said women could avoid sexual harassment by running away and changing careers.

Asked how he would feel if his daughter Ivanka were sexually harassed by a co-worker, the GOP presidential nominee replied with a simplistic answer: "I would like to think she would find another career or find another company if that was the case.”

CNN guest, attorney Richard Socarides, was quick to point out the flaw in McEnany's reasoning.

"You're entitled to work in an environment that is free from harassment, that is free from illegal activity, and one in which you are allowed to succeed based upon your merits," he replied. "But, but more importantly here. I think that this remark, when I heard this remark, the first thing I thought about was Mitt Romney and that 47 percent because this remark, it exposes a worldview of things, exposes, you know, shows Donald Trump, the way he thinks about something. Of course he has always been the boss. And so I think he feels that he's entitled to act however he wants."

Socarides then went in for the kill, mentioning Fox News serial harasser Roger Ailes whom Trump has also been defending.

"I'm sure he also thinks that his friend Roger Ailes was viciously attacked by this woman. I think this shows a view of things that is pretty shocking."