'What the hell do you have to lose?': Trump's latest insulting appeal to black voters gets trashed 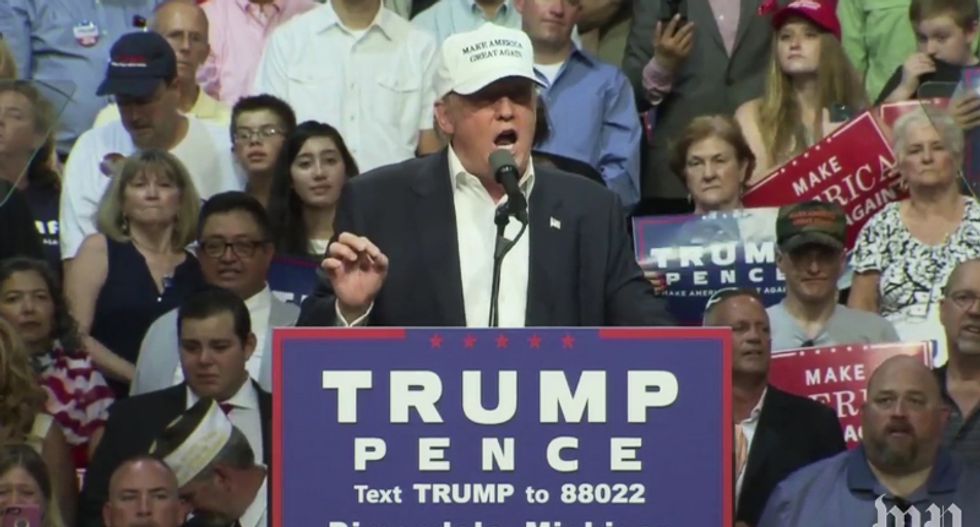 As Donald Trump's erratic presidential campaign stumbles toward the November election buffeted by collapsing poll numbers, the candidate spent the past week chasing after voters who have shown the least amount of interest in casting votes for the blustery self-identified billionaire.

With current polling often showing Trump standing at 1 percent with black voters in some states, Trump's advocates have hit the cable shows attempting -- and failing -- to make the case that their man is on the "cutting edge of civil rights," which has not been well received.

Friday night in Michigan, Trump himself attempted to rustle up some black votes -- albeit in front of a predominately white audience -- only to further inflame black sentiment against him with a cynical and condescending pitch that implied that all African-Americans live in abject poverty and whose lives could not get any worse.

As noted by Philip Bump of the Washington Post, Trump's appeal insults the millions of black voters who don't live in poverty and who are well-informed enough to reject a Republican Party that is considered anti-minority -- going so far as to attempt to suppress the back vote with onerous voter ID laws such as seen in North Carolina.

Trump's "What the hell do you have to lose?" also rankled commenters on Twitter who saw his comment for what it was: an insult.

I'd love to chat with Trump about how black people are all "living in poverty" but I can't decide which of my houses we should meet at.
— George Wallace (@George Wallace) 1471645301.0

Hey Trump, you don’t talk to white people when you’re addressing the problems of black communities and people. Why not talk to them?
— Scott Knowles (@Scott Knowles) 1471699094.0