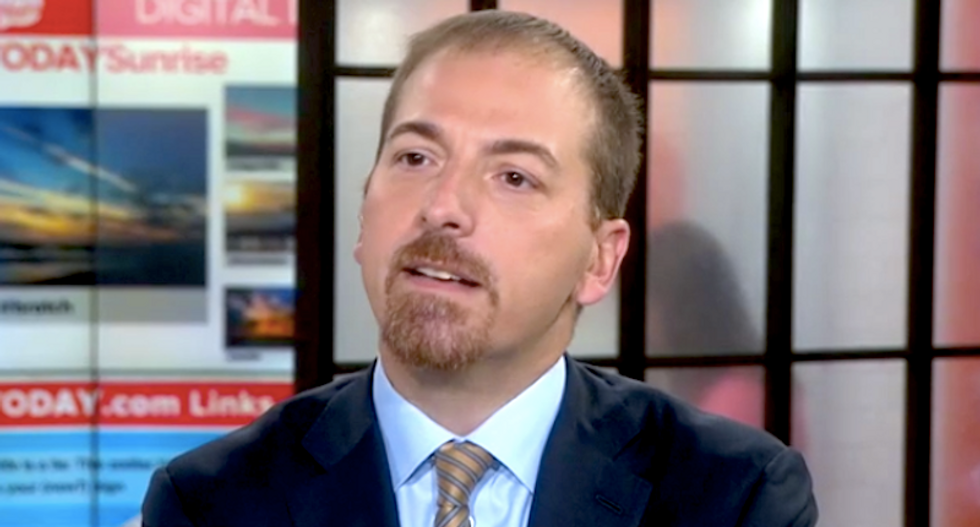 The Republican presidential nominee woke up before dawn Friday -- 38 days until the Nov. 8 election and as USA Today warned voters against him -- and began smearing a former Miss Universe he has bullied for decades.

“On the day that USA Today calls him unfit for the presidency, he wakes up at 3 in the morning, and starts attacking this civilian again,” Todd said.

“This is a pattern for him,” Todd continued. “When he gets into a bad place — and he is in a bad place right now — there is clearly discord in the campaign, the campaign staff’s not happy with him, he’s not happy that they’ve leaked stories — so there’s some anger there.”

Todd expressed concern for Trump's emotional well-being and his temperament.