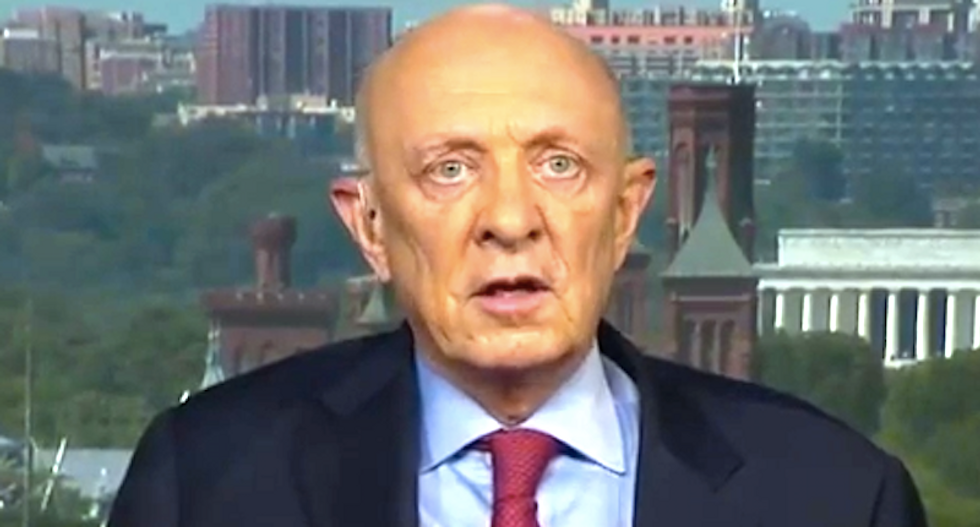 The neoconservative former CIA director under President Bill Clinton said he supported Trump for two reasons -- one predictable and the other bizarre.

"First of all, he seems to be, more so than his opponent, in favor of a strong defense budget," said Woolsey, who resigned as CIA director after an analyst was caught spying. "We've got a lot of space to make up and problems that have been left in defense by the Obama administration."

"The other, he seems willing to keep a secret and not to blab everything to the public and to our opponents," Woolsey said. "When he comes up with something about national security, it ought to be kept quiet, and I think that's good. You can't go yakking about everything that you're interested in."

"I wouldn't suggest that body language is classified, I never heard of it being classified," Woolsey said.

Co-host Kate Bolduan asked Woolsey, who linked Iraq to the 9/11 terrorist attacks and the 1995 Oklahoma City bombing, to cite any specific examples of Hillary Clinton "blabbed," but he was unable to provide any.

"Not that I know of, but I think the problem is her budget," Woolsey said. "She is spending so much money on domestic programs, including ones that we don't even have now, and the ones that we have now are underfunded, that I think it would leave very little room for the changes and improvements in defense and intelligence that I think need to be made."