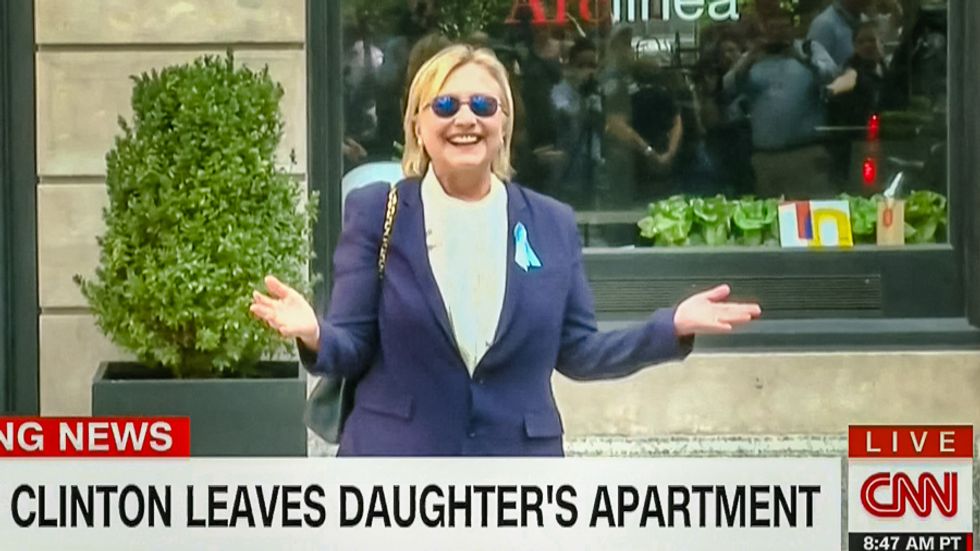 Fox News on Sunday excited fringe conservatives on Sunday by citing a single source who claimed that Hillary Clinton had a "medical episode" during the Sept. 11th memorial event in New York City.

While attending a memorial at Ground Zero for the survivors of the Sept. 11 attacks, Fox News correspondent Rick Leventhal tweeted that Clinton left the event because of a "medical episode," citing a single anonymous law enforcement source.

Levanthal later revealed during a broadcast on Fox News that his single source had been 15 feet away from Clinton as she was being escorted to her motorcade.

The report was seized on by alt-right Trump supporters like Breitbart as evidence of the conspiracy theory that Clinton is not fit for office because she suffers from an illness.

But other news outlets waited until additional sources and a response from the Clinton campaign before reporting the incident.

A spokesperson for the Clinton campaign later told reporters that the candidate left because she felt "overheated" and was resting at her daughter's apartment, but was not taken to a hospital as some reports had said.

"When I found out about this and it was only Fox reporting it, and it looked like it was one source then it was a little fuzzy about the second source, but I thought, 'Wow, they better be right about this. If' they're wrong this is awful," Zurawik explained.

"On something like this, you wait until you have at least two sources you're comfortable with," he said, adding that CNN had done "textbook" reporting by waiting to find out the facts.

"I was surprised to see anyone reporting this without confirmation."

Minutes later, Clinton emerged from her daughter's apartment, smiling and waving to supporters.