'Just cover me with a bucket of blood’: Glenn Beck is not handling Ted Cruz’s Trump endorsement well 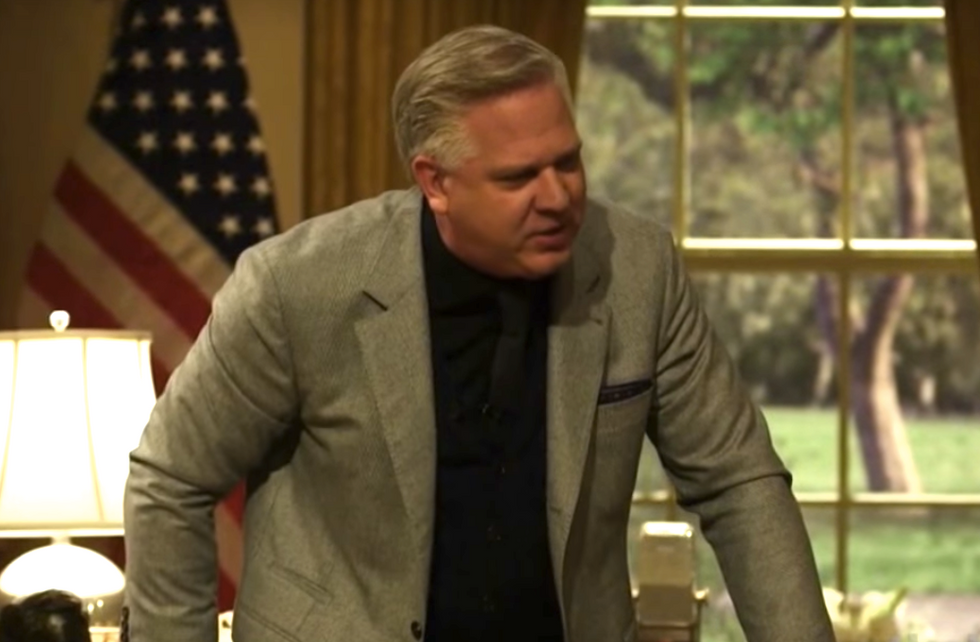 Commentator Glenn Beck had a bit of a meltdown after his Monday interview with Texas Republican Sen. Ted Cruz. Cruz threw his weight behind Republican presidential candidate Donald Trump in a surprise endorsement last week.

The Tea Party favorite and former presidential candidate appeared on Beck's radio show to explain his about-face on the stand he took against Trump at the Republican National Convention.

"That was not what I expected," Beck said, fidgeting and polishing his glasses as his crew sat around him in dejected silence.

"For the very first time," he lamented, "I heard Ted Cruz calculate. When that happened, the whole thing fell apart for me."

"But it's my fault," he said. "Its my fault for believing that men can be George Washington."

He fretted that maybe he should have endorsed Marco Rubio, which would have been the politically expedient course, "Instead I said, 'Let's find a truly honorable man,' and that will always let you down."

"There is no difference between the two teams anymore," he huffed. "Which one is for the idea that all men are created equal? That all men have a right to pursue their happiness and make their own g*dd*amn decisions? Which one? Which one?"

"I contend it's neither of them," said Beck. "So let's just soak each other in buckets of blood."

By many reports, Beck's once-ambitious media empire is beset by crises, economically failing and currently torn by multiple lawsuits. Beck's former protege and business partner Christopher Balfe is suing Beck and his company Mercury Arts, alleging that Beck has driven the company "into the ground due to his own erratic behavior, excessive spending, and mismanagement."