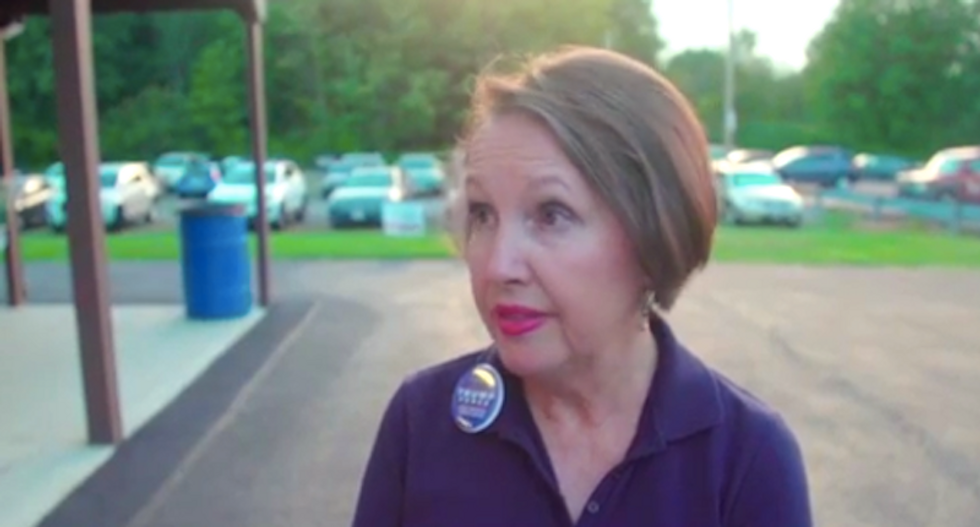 Donald Trump's campaign chair in a northeast Ohio county blamed President Barack Obama for racism and violent crime in black neighborhoods -- even as she wrote off black Americans as lazy and irrelevant.

Kathy Miller, a Republican elector and Trump's campaign chair in Mahoning County, said black Americans actually had more advantage than whites, so she's surprised they haven't been more successful in the half-century since the civil rights era, reported The Guardian.

“If you’re black and you haven’t been successful in the last 50 years, it’s your own fault," Miller said. "You’ve had every opportunity, it was given to you."

The real estate broker and appraiser, who served two terms as a Boardman trustee and lost an Ohio statehouse race in 2004, said black Americans had a measurable advantage over whites.

"You had all the advantages going to college, you had all the advantages because they got into schools without the same grades as white kids," Miller said. "I think that, when we look at the last 50 years, where are we and why? We have three generations of all still having unwed babies, kids that don't go through high school -- I mean, when do they take responsibility for how they live? I think it's due time, and I think that's good Mr. Trump is pointing that out."

Even so, she denied that Trump was appealing to racist voters and blamed those reports on a media conspiracy.

Miller called the Black Lives Matter movement a "stupid waste of time" and chuckled as she dismissed the relevance of her county's 16-percent black population -- who she doubted would bother to vote for either candidate.

“I don’t think that’s part of the way they’re raised,” Miller said. “For us, I mean, that was something we all did in our families, we all voted.”

Miller told The Guardian that she couldn't recall seeing any instances of racism until after Obama's election in 2008, and she also blamed him for violent crime plaguing black neighborhoods.

“I don’t think there was any racism until Obama got elected, we never had problems like this," Miller said. "Now, with the people with the guns, and shooting up neighborhoods, and not being responsible citizens, that’s a big change, and I think that’s the philosophy that Obama has perpetuated on America.”

Miller attended high school in the 1960s in Mahoning County, where about 6,000 Democratic voters, mostly working-class whites about her age, switched over to the GOP, presumably to vote for Trump.

“Growing up as a kid, there was no racism, believe me," Miller said. "We were just all kids going to school.”

Miller rejected the notion that her own statements could be considered racist.

Watch the interview with Miller posted online by The Guardian: