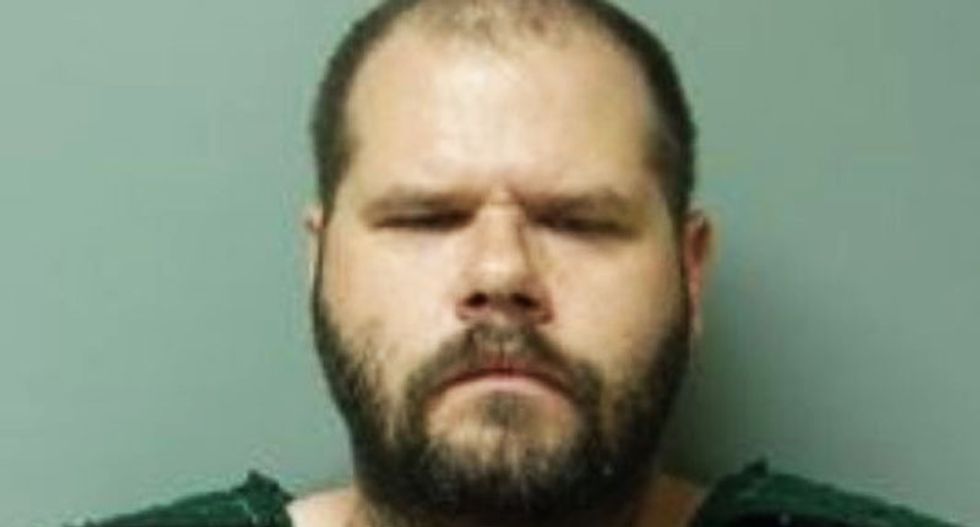 In a capital murder case in Arkansas, prosecutors stated that a man who kidnapped a 90-year-old woman, drove her to a field and excuted her from behind was practicing for what he believed was an inevitable zombie apocalypse.

The trial of Richard Jordan Tarver, 31, opened on Thursday with authorities explaining that the man shot and killed Lavinda Counce to see if he would be able to kill should the need arise, reports the Democrat Gazette.

According to authortites Tarver had been binge-watching episodes of The Walking Dead on the evening of  July 2, 2015, before walking the short distance to Counce's home.  Upon arrival, he forced his way in before placing her in the trunk of her car before driving her to a cornfield where he shot her in the back of her head with a handgun..

"He wanted to feel what it felt like to kill someone, but even Tarver doesn't believe in zombies," Deputy Prosecuting Attorney Grant DeProw said. "Who is the next-best thing? A 90-year-old woman who lived alone."

According to Traver attorney, Randall Miller, his client confessed under duress out of fears that his wife would be arrested and his daughter taken away.

"Mr. Tarver blanked out," Miller said in his opening statement. "He was so scared he would have told them anything."

According to police, Tarver had been in Counce's home, with the elderly woman 's daughter finding bag in the home that contained multiple items including a hammer, a hatchet, rope, a taped up club and a washcloth containing Tarver's DNA.

Police  state that when they went to Tarver;'s home to question him, he was asked if he knew why they were there.

According to the prosecutor Tarver replied, "I know," before confessing.