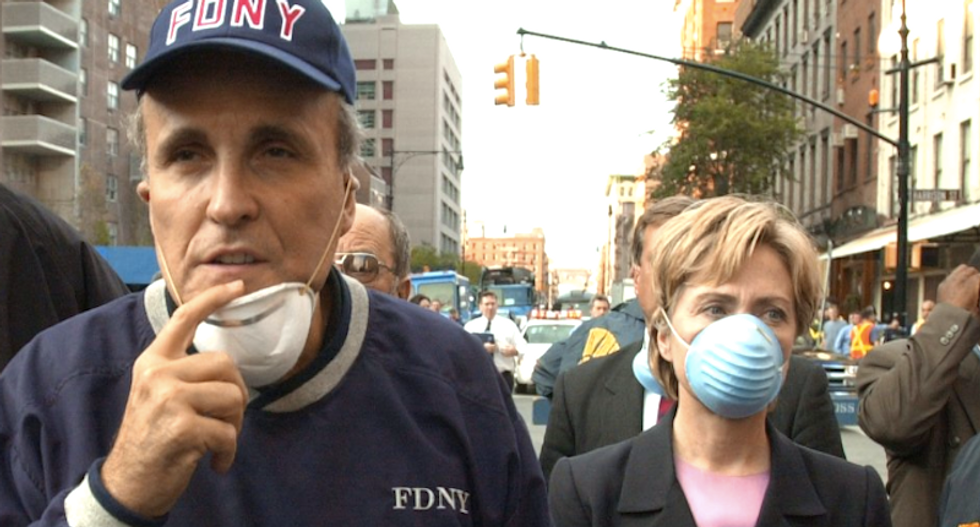 Rudy Giuliani told a bald-faced lie to accuse Hillary Clinton of lying about her response to the 9/11 terrorist attacks.

"Don't tell me if you said that you remember Sept. 11, 2001," Giuliani said. "I remember Sept. 11, 2001. Yes, yes, you helped to get benefits for the people who were injured that day. But I heard her say that she was there that day. I was there that day, I don't remember seeing Hillary Clinton there. That was like when she said she had to run through gunfire. That turned out to be, what do we call it? A lie."

Giuliani is actually the one lying, because Clinton -- the Democratic U.S. senator from New York at the time -- was photographed walking next to him and then Gov. George Pataki about 24 hours after the attacks. According to Think Progress, there is also no record of Clinton claiming to be at Ground Zero on the day of the attack.

Giuliani later apologized for his remarks.

"I made a mistake. I'm wrong and I apologize," he told The Associated Press.