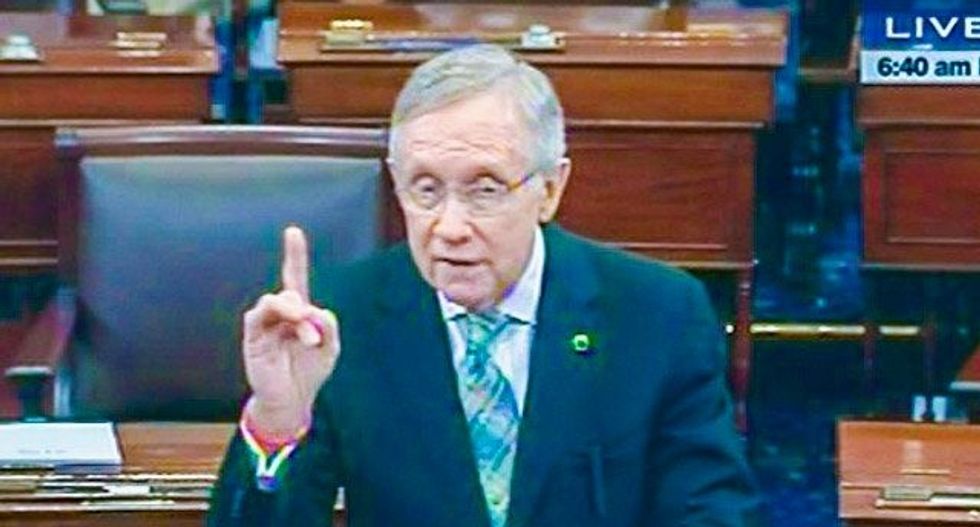 None of them were nice.

The Nevada Democrat, who is winding down his career in the Senate, issued a statement on Sunday that will likely get under the skin of the supposed billionaire who saw the New York Times expose a very bad year in the form of income tax documents that indicate he's not a very good businessman.

According to Reid's statement: "Trump is a billion-dollar loser who won’t release his taxes because they’ll expose him as a spoiled, rich brat who lost the millions he inherited from his father. Despite losing a billion dollars, Trump wants to reward himself with more tax breaks on inherited wealth while stiffing middle-class families who earn their paychecks with hard work."

“Trump is over-leveraged and deeply indebted to someone, but until he releases his taxes we won’t know who," the statement continues. “Let’s step back and take stock: Senate Republicans have put party so far ahead of country, they’ve endorsed a racist, incompetent failure who managed to lose a billion dollars in a boom year. Now they are helping Trump hide his tax returns and preventing the American people from knowing what individuals, businesses or foreign interests could have leverage over Trump."

It is unlikely that Trump will let the comments pass unless his staffers are able to wrestle his phone away from him and keep him off Twitter.