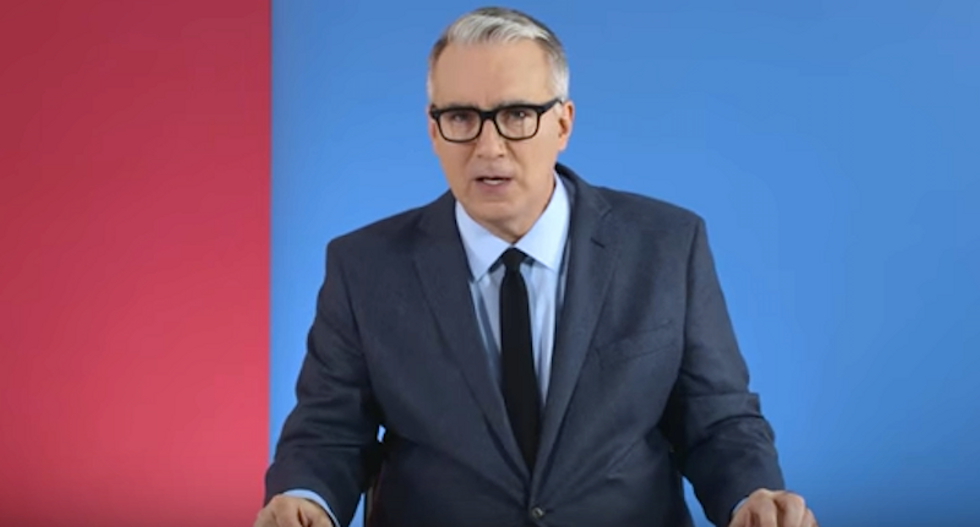 Keith Olbermann called for the immediate resignation of both FBI Director James Comey and Rep. Jason Chaffetz (R-UT) for their handling of the latest Hillary Clinton email revelations.

A furious Olbermann said Comey and Chaffetz -- who had rescinded his endorsement of Donald Trump over a hot mic recording that revealed him boasting of sexual assaulting women -- appear to have colluded on the release of the statement Friday afternoon for partisan political gain.

"Why did (Chaffetz) late Wednesday night suddenly pivot back to supporting Trump?" Olberman said. "Why did he reverse 36 hours before Comey's historically slovenly, craven note that left Pandora's box unjustly unlocked so that a sniveling little coward like Chaffetz could peek inside (and) then deliberately exaggerate what he saw and fuel Donald Trump's latest delusion rage."

Olbermann said Chaffetz put words in Comey's mouth by saying the investigation, which had never been officially closed, had been reopened, although other FBI agents have said Clinton did not send or receive the newly recovered emails.

"Then Donald Trump said that -- and lied," Olbermann said, and then much of the media reported those inaccurate claims throughout the weekend. "By the time they started backtracking, the toothpaste was already out of the tube."

Olbermann said the timing suggests that Chaffetz is either a prophet or he knew Comey's note was coming.

"If Chaffetz knew Comey's note was coming, then he and Comey or other sources in the FBI have colluded to try to manipulate the election, in which case Mr. Chaffetz and Mr. Comey may need the best criminal defense attorneys that money may procure," Olbermann said.

He wondered whether Chaffetz tipped off Trump about Comey's note, and Olbermann wondered who could "clear this up a week and a day before the most important election since before the Civil War?"

"(Chaffetz) and James Comey may have been the lynchpins in a plot to turn over this country by treachery to Donald Trump," Olbermann said. "It is a plot that is indeed, as Trump boasted, worse than Watergate."