Playboy editor claims Trump forced Maples to pose: 'He wanted her to do the nude layout. She didn't' 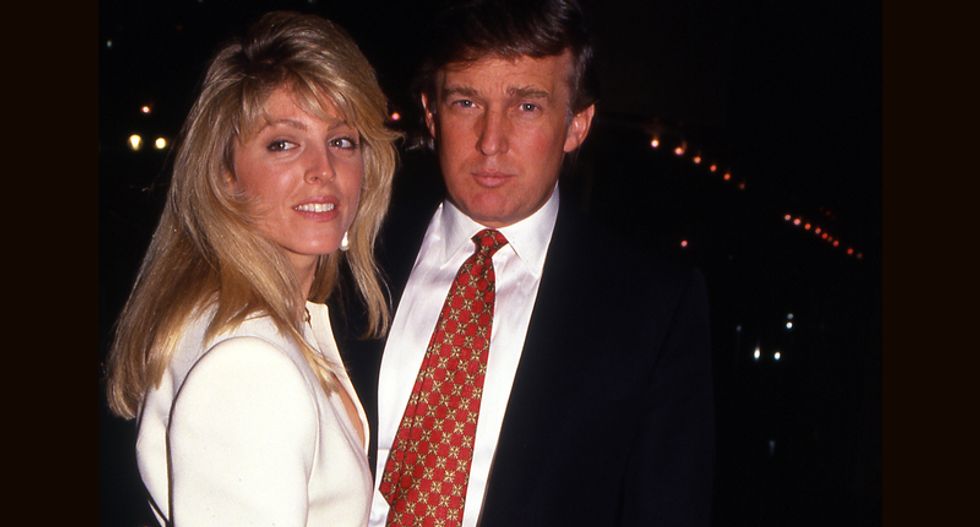 Republican presidential candidate Donald Trump and his campaign have spent the week slut-shaming former Miss Universe Alicia Machado saying that she posed in Playboy and that there was a sex tape depicting her in it (there is not). An old New York Daily News article has surfaced that tells a story of Trump pressuring his future wife, against her will, to pose for Playboy magazine. Trump personally negotiated the fee, according to the report.

The article, tweeted by historian and Ph.D. candidate at the University of Illinois Jeff Nichols, ABD, outlines how Trump insisted that Maples do the centerfold and negotiated a million dollar check to compensate her for so doing.

It continues talking about how much Maples didn't want to do the nude layout, fearing people would only see her as a pretty face, not a serious woman.

"'Trump himself was on the phone negotiating the fee,' remembers a top Playboy editor. 'He wanted her to do the nude layout. She didn't.' ('I'm thankful for my body, but I didn't want to exploit it,' Marla offers. 'How would I ever be taken seriously?')" The story continues.

Jones then described Maples as someone who is more than Trump's mistress. ''Marla," Jones says, 'came along and fulfilled perfectly what Donald really needed. When two people plan a future together, she is not a mistress,'" the story outlines.

Though, ironically, in a 2015 CNN interview, Trump admitted his infidelity by saying that it would be fair game to be attacked with.

The hard copy of the article is below (Click to make larger):