Right-wing pastor gives up the game: It's better for a president to grab a vagina than to have one 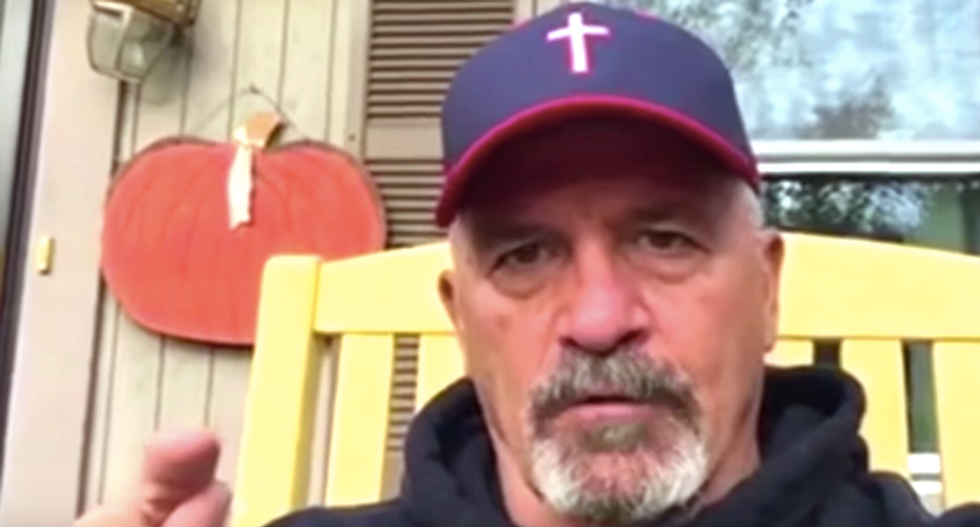 A religious right activist came right out loud and said what Mike Pence has been hinting at with all his talk about Donald Trump's broad shoulders.

Dave Daubenmire posted a video Tuesday morning assuring like-minded Christians that Trump's boasts about grabbing women by the genitals with impunity should concern them less than the possibility of a person with female genitalia becoming president, reported Right Wing Watch.

“Women and men may be equal, but I think it’s pretty clear that the Bible teaches us that women should not be in authority over a man," said Daubenmire, who lost his job coaching high school football in Ohio after requiring players to pray with him and expressing offensive views about LGBT people and others.

Daubenmire, founder of Pass the Salt Ministries and an unsuccessful candidate for the Ohio statehouse, clarified why many conservative Christians are willing to overlook Trump's immoral behavior.

“Here’s the point I’m making,” Daubenmire said. “With all that’s going on with Trump and everybody screaming and hollering about that, when is the last time your pastor stood up in the pulpit and said, ‘Hey, listen, we cannot vote for Hillary Clinton because women are not to have authority over men’?"

He stated explicitly what rumors about Clinton's ill health and frailty have only implied.

"If we want to follow the Bible, that would sure be a good place to start, wouldn’t it?" Daubenmire said. "Rather than worrying so much about the immorality of a sinful man, what about the biblical principle that when a woman rules over a man … it’s a sign of judgment of the Lord?”