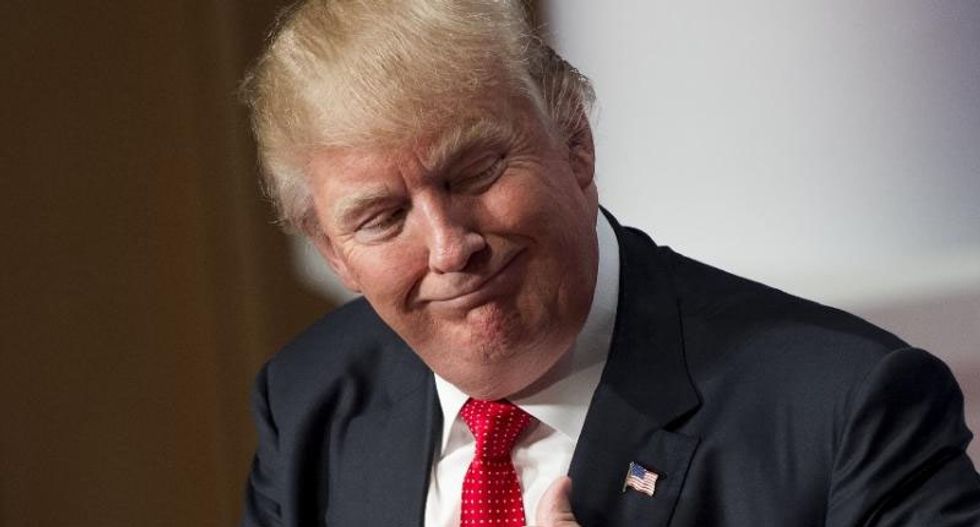 The spot uses a passage from Obama's narration of his audiobook, "Dreams of My Father, talking about "plantation politics" and claiming that black voters who vote a straight Democratic ticket are selling “our soul for a Christmas turkey.”

In the book, Obama is quoting a barber he knew, but the ad suggests those are the president's own words.

The ad also uses a clip of Clinton saying, "I believe in white supremacy," from a speech about her opposition to a school voucher program.

Clinton was imagining a hypothetical scenario about a parent deciding to send their child to “School of the Church of the White Supremacists.”

Great America PAC, which has spent $9.2 million so far on Trump's campaign, plans to expand the five-figure advertising purchase if polls show they work.

The Republican presidential nominee's son, Eric Trump, appeared on a white nationalist radio program earlier this week to discuss his father's efforts to appeal to black voters by promising to help "the inner cities."