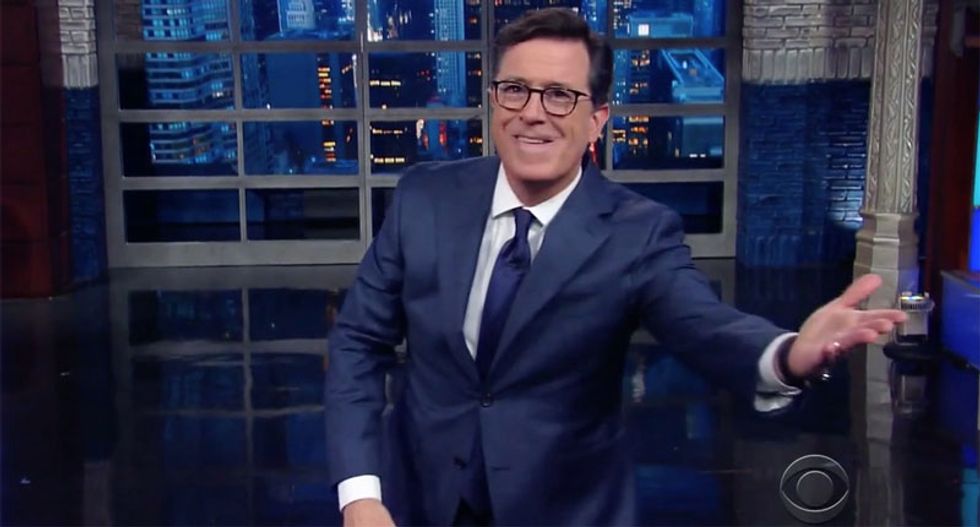 CBS Late Show host Stephen Colbert was absolutely delighted to hear that GOP presidential nominee Donald Trump had written a BDSM-lite novel in 2012, which -- if you are a lover of fine literature -- is sadly out of print.

"There's an entire book Donald Trump doesn't want you to see," Colbert joked, "Because he apparently wrote a '50 Shades of Grey'-type novel about 'the graphic sex lives of those living and working in Trump Tower,' such as an employee having sex on the set of 'Celebrity Apprentice.'"

"Oh, it's the perfect steamy read for anyone who's ever wanted to read about Gary Busey in a three-way with Meatloaf and Melissa Rivers," he added.

Titled 'Trump Tower' -- with the late night host saying that was better than the working title: 'Symbolic Penis' -- Colbert shared a bit of the deathless prose.

From the book: "After the woman fell asleep, Mikey came out, looked around and saw there were at least six women not wearing tops. He proclaimed, 'I'm dead. I've gone to boob heaven.'"