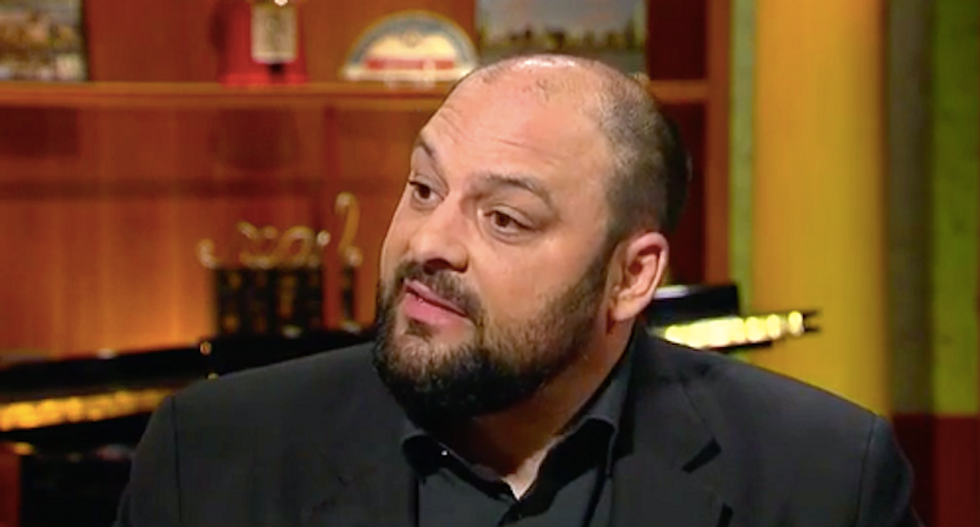 Christian Picciolini has heard some of Donald Trump's imagery before -- when he was recruited into a skinhead group more than 30 years ago, as a teenager.

Picciolini said he was a “relatively normal teenager” when he was recruited into a neo-Nazi group at 14 after a hate group leader caught him smoking pot in an alley, reported the Times of Israel.

Clark Martell, founder of the Chicago Area SkinHeads, grabbed the joint from his mouth and told him that's what "communists and Jews want you to do to keep you docile," he said.

“At the time I was at my most vulnerable, I was breaking free from my parents’ influence," Picciolini said. "For me it was a sense of belonging, a sense of something noble."

Martell and other skinheads lured him with some of the same propaganda white nationalists use today -- and which Trump and his sons have nodded and winked toward on social media and in speeches or radio interviews.

"I was told diversity is a code for white genocide," Picciolini said. "I was told Latinos were bringing drugs into neighborhoods. I was told Jewish people controlled the media and our banking systems.”

Picciolini remained active in the extremist right movement until 1987, when he was 22 years old, and has recently published a memoir about his experience, “Romantic Violence: Memoirs of an American Skinhead.”

He warned that Trump has helped some of the same ideas that first attracted -- and later repelled -- him gain mainstream acceptance.

“I think people are being absolutely complacent," Picciolini said. "People are hopeful, and I understand that, but I for one am not giving him the benefit of the doubt."

Picciolini pointed to the team of advisors Trump has chosen to surround himself with as evidence that Americans should be wary of their intentions.

"There is no track record of him or anyone surrounding him of understanding what makes this country great, and so we must be extremely vigilant," he said. "I know how they think. I was one of them."