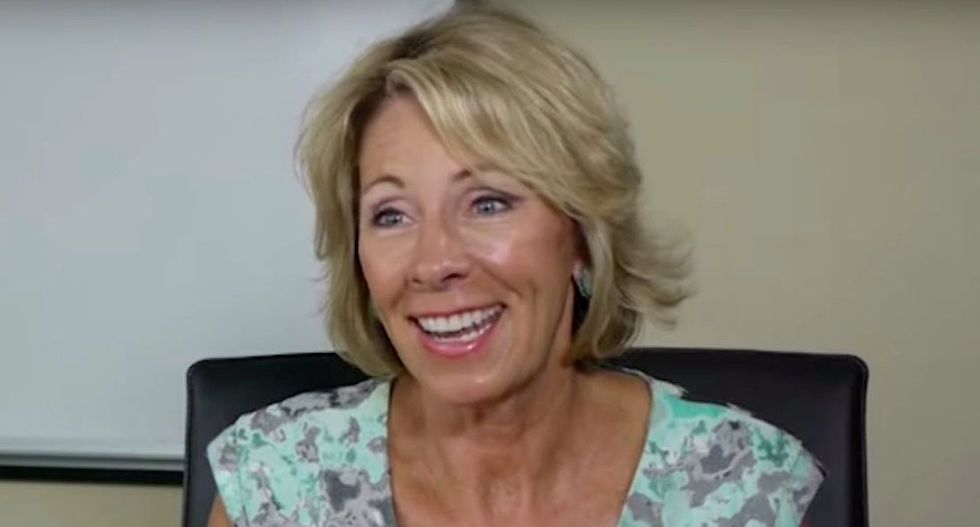 Betsy DeVos, whom President-elect Donald Trump has tapped as his future education secretary, is sure to be highly controversial with public schools advocates -- and not just because she's been a longtime advocate of charter schools.

As Stephen Henderson of the Detroit Free Press explains, DeVos has worked to make sure that charter schools in Michigan aren't held to any real standards, thus giving grifters and scam artists free rein to rip off unsuspecting parents.

According to Henderson, the laws and regulations surrounding charter schools in Michigan are incredibly lax, and they allow just about anyone to set up a school and run it as they see fit.

"If I wanted to start a school next year, all I’d need to do is get the money, draw up a plan and meet a few perfunctory requirements," he explains. "I’d then be allowed to operate that school, at a profit if I liked, without, practically speaking, any accountability for results. As long as I met the minimal state code and inspection requirements, I could run an awful school, no better than the public alternatives, almost indefinitely."

The Michigan state legislature had geared up to finally subject these schools to the same level of oversight that applies to public schools. However, the proposed standards were quickly gutted after the DeVos family rushed in to shower Republican lawmakers with campaign cash.

And that was just the start -- in total, Henderson says that the DeVos family went on a donations binge that eventually grew to $1.45 million to different GOP candidates through this past July.

Check out Henderson's full article at this link.