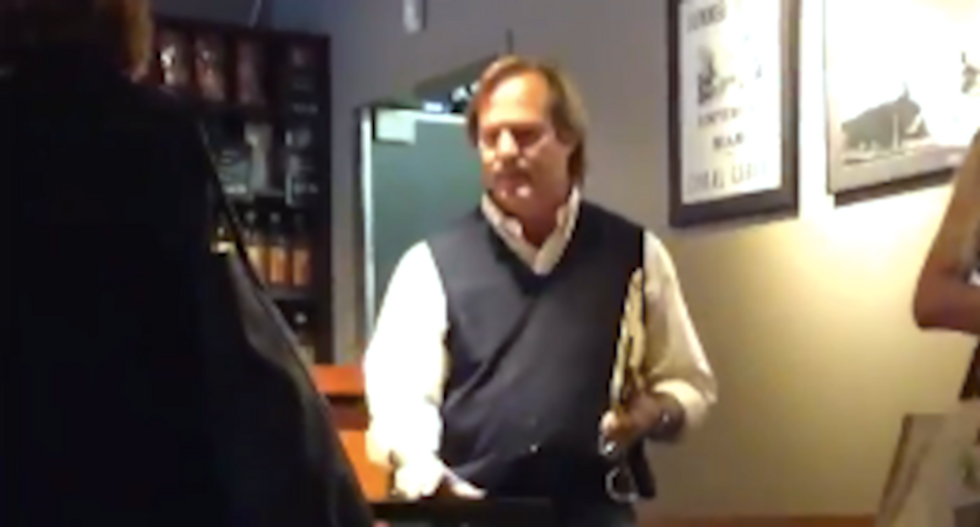 A Donald Trump supporter flew into a racist tantrum when his Starbucks order took longer than he believed it should have.

The man was caught on video hurling insults at employees and customers at a coffee shop near the University of Miami campus, reported the Miami New-Times.

He started hurling Trump's name at black employees, who he accused of "anti-white discrimination" because his coffee was delayed, witnesses said.

Related: Trump-loving coffee shop owner insists he is not racist after threatening to hang black ‘monkeys’

Another customer called the man an "assh*le," and he replied "f*ck you, b*tch" -- and that's when Jorge de Cárdenas began recording.

His video captured the man, who has not been identified, calling a black employee "trash" and demanding a refund.

"I voted for Trump! Trump!" the man said. "You lost, now give me my money back."

The man demands the black employee's name and continues insulting her, and another customer asks him to be more respectful or leave.

The Trump supporter then turns his fury on the other customer, and he threatened to punch the other man before storming out of the coffee shop.

Cárdenas said he didn't understand why the Trump supporter was so angry.

"The funny thing, besides just the concept of 'anti-white discrimination,' is just yelling 'Trump!' for no reason," Cárdenas said. "Like dude, you won."