Media critic: If Jon Stewart hadn't left the Daily Show we might not be saying 'President-elect Trump' 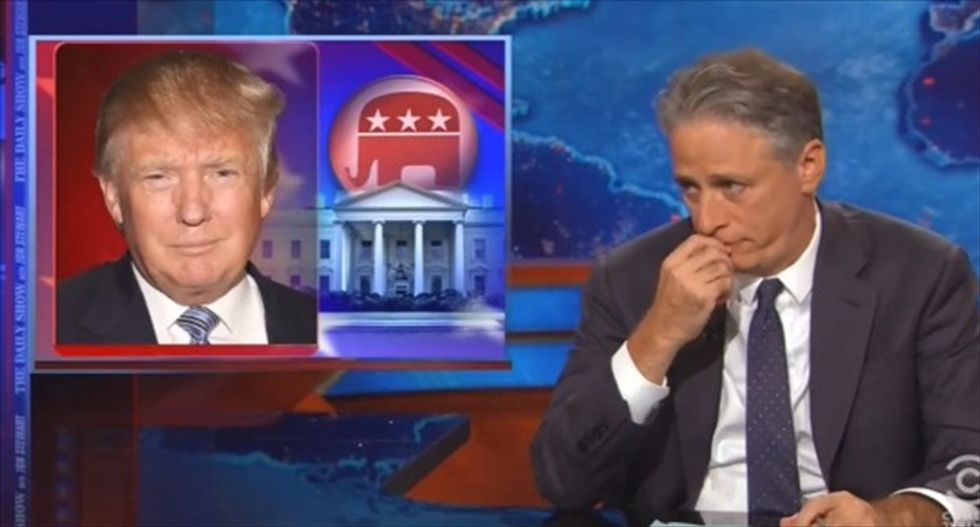 Much has been made of the decline of The Daily Show following the departure of popular host Jon Stewart and, according to one media critic, had Stewart stuck around we might not be gritting our teeth and saying "President-elect Donald Trump," today.

According to Kimberly Roots of TVLine, replacement host Trevor Noah lacks the "spark and vigor," Stewart brought to the nightly news and comedy show.

"With Stewart behind the desk, The Daily Show spoke truth — often peppered with f-bombs — to power in a way that resonated," Roots wrote. "Stewart exuded an Everyman frustration with government and politics that educated as it mocked. Noah has continued on his predecessor’s path, but the new host’s unruffled charm at times lends him a distance Stewart never showed."

As Roots notes, a substantial amount of people get their news from programs like The Daily Show, Samantha Bee's Full Frontal on TBS, and John Oliver's Last Week Tonight seen on HBO and that many of those people skew younger, up to their mid-30s.

"Now think about how voter turnout at the polls Tuesday was incredibly low; the United States Elections Project projections show that 43.2 percent of Americans eligible to vote this year chose not to," Roots continued. "I very strongly believe that Stewart, whose audience averaged 1.7 million viewers in 2011-2012, might’ve swayed some of the on-the-fencers to get out and make their voices heard, if only to have complaining rights in the years to come."

Now that we look forward with dread to four years of President Donald Trump, Roots has a suggestion.

"I end with an appeal to the man who coined the name 'F*ckface Von Clownstick': Jon, please return to regular political commentary. Now, more than ever, America could use a Moment of Zen."