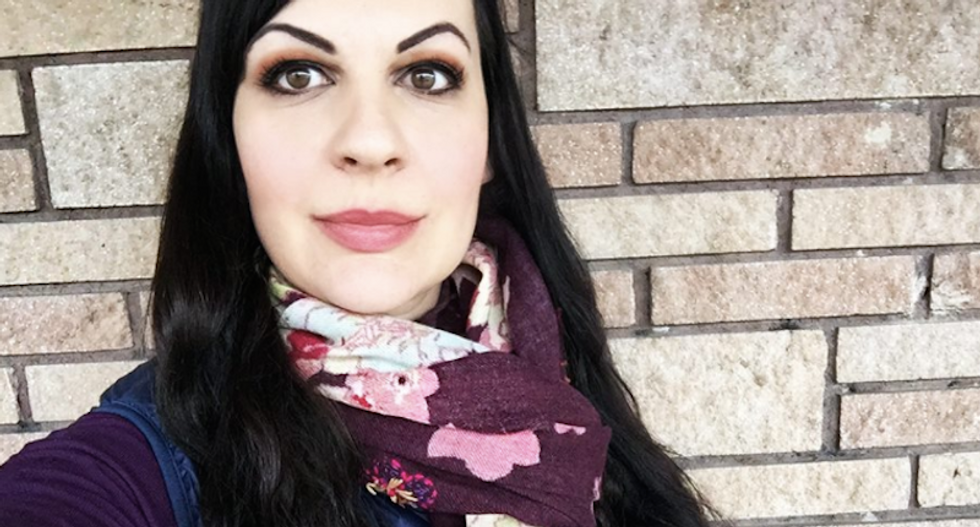 Richard Spencer, who has emerged as the face of the latest attempt to "intellectualize" white supremacy, is married to a Russian scholar who publishes pro-Kremlin propaganda.

Spencer, the head of the innocuously named National Policy Institute, has also appeared on anti-American segments broadcast by RT, although the English-language network does not highlight his relationship to Kouprianova.

However, a profile posted on the Neo-Nazi Wermod & Wermod Publishing Group’s website shows the couple dining together with British psychology professor Richard Lynn, whose writings attempt to link ethnicity and race to intelligence.

The couple, who have a young daughter together, are currently separated, according to a recent Washington Post profile, which identifies Byzantina by her married name and does not detail her work.

“What I’m doing is hard,” he told the newspaper. “It can have a toll on a relationship.”

Kouprianova has also translated the work of Russian political scientist Aleksandr Dugin, who has been linked to nationalist and fascist groups in his home country, although she attacks Ukraine's leadership as fascist in her writings and television appearances.

Spencer, who took over as president of the white nationalist organization founded by conservative publisher William Regnery II, is credited with popularizing the term "alt-right" -- a catch-all phrase describing white nationalists, neo-Nazis and other bigots who congregate at Breitbart News.

He's attempting to insert his beliefs and his organization into the political mainstream after the election of Donald Trump, although his stylish appearance is often described in more detail than his regressive views and international associations.

"He wore a fitted gray suit and smelled of Cologne Russe, his preferred scent because it mimics a version once made for the Russian royal family," wrote John Woodrow Cox in his recent Washington Post profile.