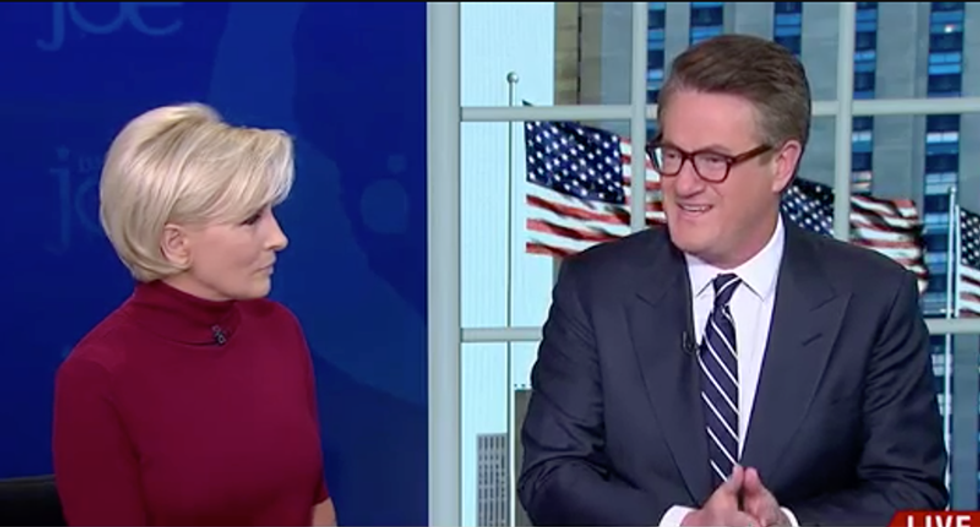 "Can you express what a wreck, Elise [Jordan], as somebody who knows that for foreign policy what a massive neocon on steroids John Bolton is?" Scarborough asked Rand Paul's former foreign policy advisor on Tuesday morning's show.

Jordon explained that if we go back and look at Bolton's past statements, he's a huge proponent of pre-emptive strikes on countries. The most notable under Bolton is Iraq. "It's 2006 and Iran is about to have the bomb in a couple of months and we need to preemptively strike," Jordan said. "He is a big proponent of preemptive military strikes. That has been what, basically, Donald Trump has been against throughout his campaign when he said he wanted a more measured foreign policy outlook. Other than his other incendiary language on torture and bombing families of terrorists."

At the same time, Rudy Giuliani has "gone rogue" according to co-host Mika Brzezinski.

Scarborough railed on Giuliani, saying that he wasn't even a Trump loyalist until after the primary election. Giuliani reportedly passed on the offer to become the Attorney General and instead wants to become the Secretary of State.

Jordan suggested that Trump use his administration to curb pay-to-play politics, and he can start by cutting Giuliani loose. "And then Rudy Giuliani, who has profited so much from the national security state, is in line to be the next Secretary of State. That is the antithesis of what his message is!" Jordan exclaimed.

"I think he thinks he won the election and not Donald Trump," Scarborough quipped.