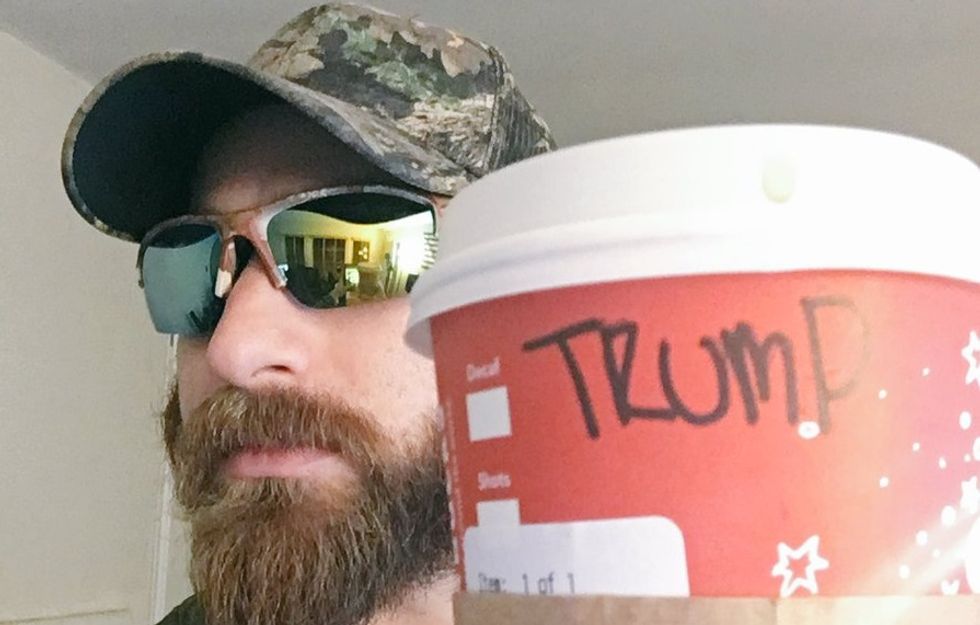 Donald Trump's most ardent coffee-drinking followers are not happy that Starbucks CEO Howard Schultz endorsed Hillary Clinton this year -- and they've come up with a curious way to get revenge.

As The Hill reports, Trump fans have started asking Starbucks baristas to write down Trump's name on their cups when they order drinks. The "movement" was inspired by a Trump fan who had a temper tantrum in a Starbucks earlier this week when he accused Starbucks of engaging in "anti-white discrimination" because his coffee was delayed.

Now Trump fans are posting their #TrumpCups all over Twitter in an act of rebellion against Starbucks that also happens to involve giving the company more of their money.

Many people on Twitter immediately pointed out the ridiculousness of this protest, and said that Starbucks would be grateful if more Trump fans tried to hurt the company by buying more of its coffee.

This is one of the most embarrassing things white people have ever done, up there with the dance remix of Cotton Ey… https://t.co/kIpuuq8KyS
— Marin Cogan (@Marin Cogan) 1479495995.0

This idea of telling your Starbucks barista that your name is "Trump" is so subversive, we should try it with the Muslim registry.
— LOLGOP (@LOLGOP) 1479495312.0