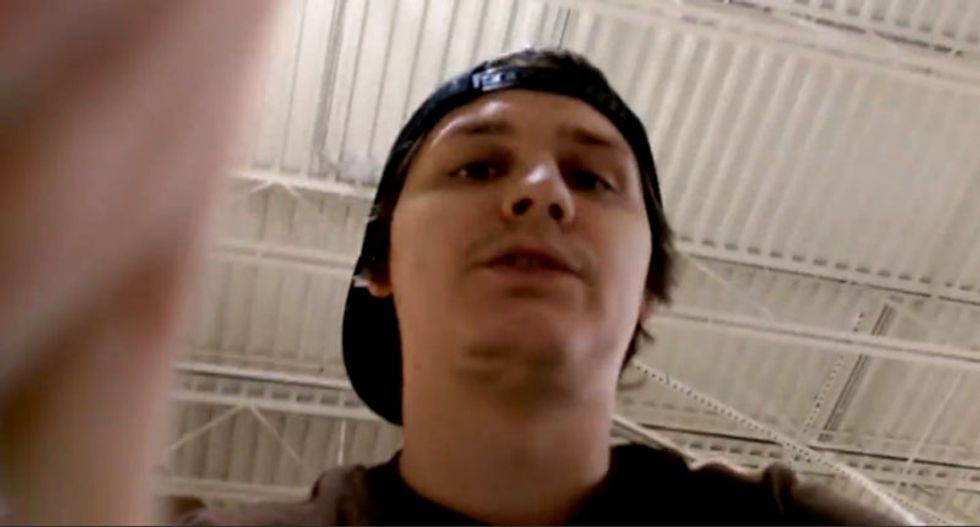 A man in Florida filmed a confrontation he had with a family at a Publix grocery story and posted it online this week.

The man accused the family of being racist after he alleged they cut in line at the deli. In a description of the video, the man wrote that he “didn’t have a ticket” for the deli because he was “next in line.”

"A pathetic family at Publix cut me in line at the deli and started acting belligerent and yelling racist remarks when I stood up for myself, telling them I was waiting there first," he wrote at LiveLeak.

The video, which has been edited, starts with the man repeatedly saying, “I was here before them.”

One member of the family, a young woman, tries to block the man's recording. "Get your f*cking camera out of my face," she says.

After a few minutes, a manager arrives and informs the man he is not allowed to film on private property.

“Yes I am. It is America. It is freedom of press,” he replies. “I’m protecting myself from people like them, who almost assaulted me.”

The videographer tells another manager that a "dark-skinned guy" cut in line and "his daughter tried to assault me."

The video later cuts to the man driving home in his car, where he explains that he told Davie Police officers about the incident. But the police, he says, told him that they couldn't help him because his video appeared to show him “egging them on” during the confrontation.

“The cops are a joke around here,” the man says. “The whole system is a joke. This racial bullshit is just continuously happening because the mainstream media brainwashed stupid little heads.”

“I don’t care about your ticket. You don’t threaten me. I don’t take threats kindly, man. What did they do? They ran off. They said they were going to threaten me outside, which normally liberals do, they have some crazy scheme they try to threaten you with and then they leave like whiny little b*tches. That’s what they do.”