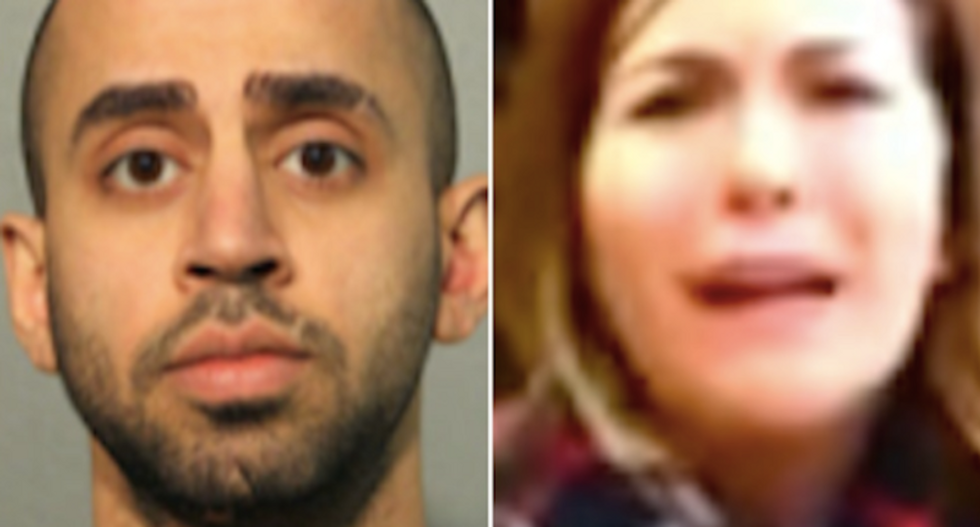 A Chicago man was arrested for assaulting a Donald Trump supporter whose racist rant inside an arts-and-crafts store gained international attention.

Police said Ramiz Bajwa went into an apartment building where Jennifer Boyle, who was caught insulting black employees in a viral video, lived and physically assaulted her, reported CWB Chicago.

The 29-year-old Bajwa allegedly shoved Boyle on Dec. 20 and called her "a racist b*tch-ass whore."

Bajwa was charged with simple battery in the attack.

Boyle became infamous last month after another shopper recorded video of her berating black employees at a Michael's store because they asked her to pay $1 for a reusable bag.

“I voted for Trump — so there,” the woman shouted. “You want to kick me out for that? And look who won.”

A second video surfaced afterward that showed Boyle yelling in similar fashion at Peet's Coffee and Tea, and her former employer was deluged with complaints after she was identified and linked to Sinai Health System, based on a social media profile.

Boyle no longer lives in the Boystown apartment building, according to court records.

Bajwa was charged last month with the manufacture or delivery of cannabis after police said they found duct-taped freezer bags filled with marijuana in his car during a traffic stop.