'I voted for Trump -- so there': White shopper melts down after black workers ask her to pay for bag 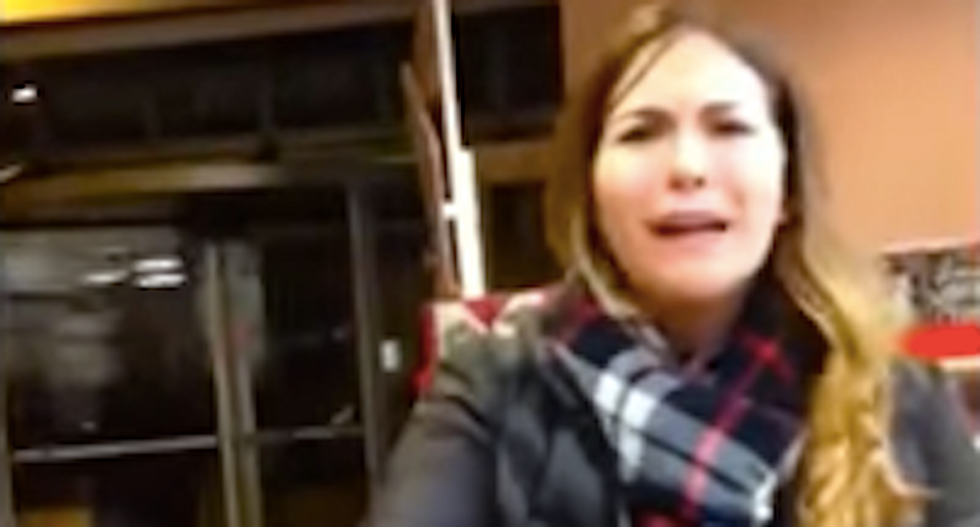 A shopper erupted in fury and claimed anti-white discrimination after she was asked to purchase a $1 reusable bag at a Chicago-area arts and crafts store.

Another customer began recording when she overheard the woman insulting the store's black employees and shouting about Donald Trump, reported Patch.

"I voted for Trump -- so there," the woman shouted. "You want to kick me out for that? And look who won."

The angry shopper claimed she had been discriminated against because she was white and had voted for Trump in the lengthy rant recorded Wednesday at Michael's in the city's Lakeview neighborhood.

The woman, who has not been identified, noticed other customers had pulled out their phones to record her harangue, which witnesses said went on for more than a half hour, and she angrily confronted the woman whose video went viral.

"I don't know what you think you're videoing, lady," the woman says. "I was just discriminated against by two black women, and you being a white woman, you're literally thinking that that's okay? You standing there with your baby thinking that's okay."

The angry shopper accuses the other woman's 2-year-old child of stealing and then records video of the mother and child before turning her wrath back on the store's employees.

The video is the latest in a series of white people justifying their obnoxious behavior and demanding special treatment because they voted for Trump.