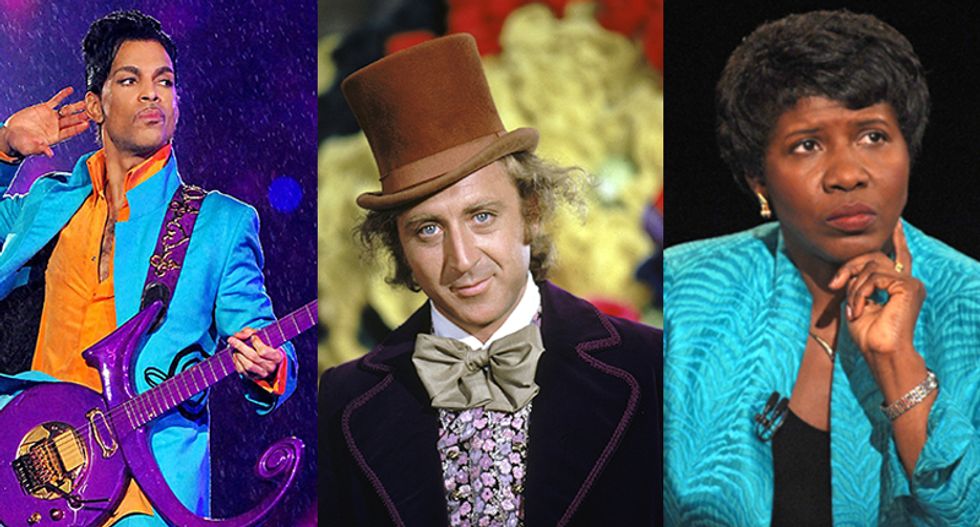 You already know about how 2016 resulted in the election of Donald Trump as president of the United States, but that was far from the only tragedy to occur this year.

2.) Brexit. In a sort of preview for Trump's election, citizens in the United Kingdom backed a far-right campaign to remove their own country from the European Union.

Leading up to the vote to exit the EU, pro-Remain Labour MP Jo Cox was assassinated by a white nationalist who considered her a "traitor" to the country for championing the cause of migrants entering the country. After the vote, pro-Brexit ringleader Nigel Farage came to the United States to campaign for Donald Trump's election -- and now he plans to move to this country after successfully getting his own to divorce the rest of Europe.

3.) The year's most popular internet meme revolved around a tragically killed gorilla. In late May, a Cincinnati Zoo worker shot and killed a silverback gorilla named Harambe to rescue a four-year-old boy who had crawled into the gorilla's enclosure.

For reasons only the internet can explain, Harambe became the hottest social meme of the summer, as trolls all over the internet used the gorilla's image to make a variety of inside jokes, including our personal favorite: "Bush Did Harambe":

All of this was rather upsetting to the Cincinnati Zoo, which begged the internet to stop using the slain gorilla as the butt of jokes. Things being what they are, the internet didn't comply.

4. Record temperatures grip the world as climate change accelerates. What a time to elect a climate change denier to be the leader of the most powerful country on Earth! July and August of 2016 were the hottest two months that the world has since over the past 136 years. Even more disturbing was the fact that the scorching heat in August marked the 11th month in a row that record temperatures were recorded for different months.

In other words, this isn't exactly a good time to start pumping significantly more carbon into the atmosphere... which is what's very likely going to happen anyway.

5. The Bundy family got acquitted on all charges. Yes, it seems that you can get away with an armed takeover of a government facility in this country... as long as you're not a Muslim.

The blanket acquittal of Bundy militia members after their 2014 armed occupation of the Malheur National Wildlife Refuge shocked many Americans who believed this to be an open-and-shut case.

Apparently, storming into a government facility carrying guns and talking openly about revolution against the federal government failed to meet the standard of engaging in "an illegal conspiracy that kept federal workers — employees of the Fish and Wildlife Service and the Bureau of Land Management — from doing their jobs."

It is impossible to imagine such a verdict being handed down if the Bundy militia members had taken over the refuge on behalf of, say, ISIS -- but that's just another reason why 2016 was an absolutely horrible year.