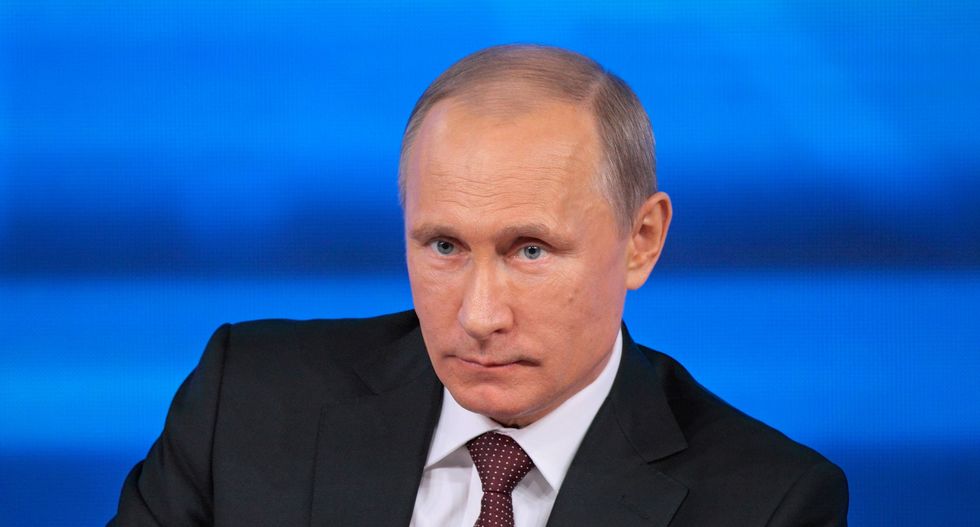 A report affirming the intelligence community’s consensus that Russia hacked the U.S. election in an attempt to sway the results in favor of Donald Trump was bolstered Friday by a conclusion that Russians hacked the Republican National Committee—then sat on the information.

The New York Times Friday, citing american intelligence agencies, revealed that in addition to attacks on Democratic organizations, the Russians also accessed sensitive RNC information but declined to release the documents to the public.

“We now have high confidence that they hacked the D.N.C. and the R.N.C., and conspicuously released no documents” from the RNC, one senior administration official told the Times.

“In briefings to the White House and Congress, intelligence officials, including those from the C.I.A. and the National Security Agency, have identified individual Russian officials they believe were responsible. But none have been publicly penalized.”

A report released Friday by the Washington Post revealed that a CIA assessment concluded Russia’s interference in the election was prompted not by a desire to undermine the U.S. electoral system, but to specifically elevate Trump to the presidency.

Despite the intelligence community's consensus, Trump—along with other Republican leaders—insist there is no evidence supporting the conclusion that the Russians hacked the election in order to help elect Trump.

“These are the same people that said Saddam Hussein had weapons of mass destruction,” a Trump transition team statement reads, referring to reports that Russians interfered  to elect the real estate mogul. “The election ended a long time ago in one of the biggest Electoral College victories in history. It’s now time to move on and ‘Make America Great Again.’”

The RNC has repeatedly denied that their information was hacked during the presidential election; that is until GOP Rep. Michael McCaul, chairman of the House Homeland Security Committee, told CNN’s Wolf Blitzer in September that intel briefings revealed Russian hackers targeted the RNC. McCaul recanted his own admission days later.

“Yes, they have hacked into the Republican National Committee," McCaul said at the time. "So this is, again, they are not picking sides here I don't think. They are hacking into both political parties.”

“We’re not sure why they've released some documents and not others,” he added.

"I misspoke by asserting that the RNC was hacked. What I had intended to say was that in addition to the DNC hack, Republican political operatives have also been hacked.”