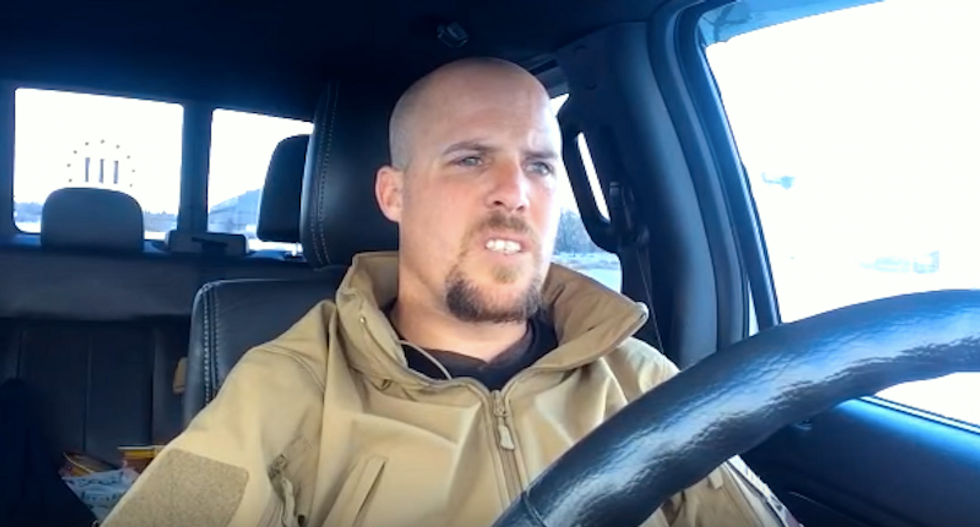 Utah's attorney general is planning to sue the Obama administration over the president's designation of a new national monument in the state -- and anti-government extremists are considering some type of action.

Bundy has grazed cattle for decades near Gold Butte but refused to pay for use of federally owned land, and his supporters engaged in a 2014 armed standoff with government agents who were trying to round up the scofflaw rancher's herd.

His sons led an armed takeover of a federal wildlife preserve at the beginning of this year.

Outgoing Senate Minority Leader Harry Reid (D-NV) has tried for years to place Gold Butte under congressional protection and urged Obama to designate the area while Bundy and his sons were jailed as they await trial for their roles in the armed standoff.

Anti-government extremists like the Bundys and Koch brothers-backed elected officials -- including Reyes -- have found common cause over their objection to federal ownership of public lands.

The Bundys claim the U.S. Constitution generally prohibits the government from owning land, while Utah lawmakers have passed the 2012 Transfer of Public Lands Act, which was promoted by the conservative American Legislative Exchange Council and Koch-backed American for Prosperity.

The 2016 GOP platform called for a reduction of the amount of land managed by the federal government by creating a way to transfer land to individual states -- which the Bundys demanded during their armed actions.

Reyes and Utah's GOP Gov. Gary Herbert are considering a lawsuit, and the state's congressional representatives may seek to have the Bear Ears designation defunded or rescinded.

If those efforts fail, Reyes said he hopes the incoming Donald Trump administration will "curtail or otherwise address the designation.”

Supporters of the Bundy family -- including Jon Ritzheimer, who's awaiting sentencing after pleading guilty to charges related to the Oregon wildlife preserve occupation -- are possibly considering some type of protest action after the president's designation.

"Saddle Up!!!!!" Ritzheimer wrote on his Facebook page. "President Obama just designated the Bundy Ranch a national monument today! Get your gear ready."

Ammon and Ryan Bundy were acquitted for their roles in planning the occupation of the Malheur National Wildlife Preserve, and they're scheduled to stand trial in February with their father in connection with the ranch standoff.

A poll taken shortly before Obama's announcement found that 46 percent of Utah residents do not want the next president to undo the Bear Ears designation, while 40 percent do.