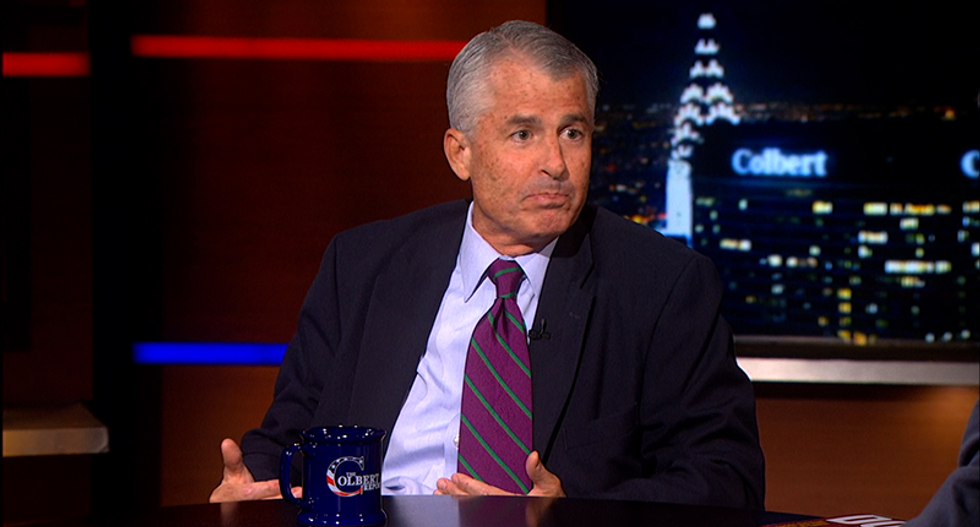 CNN's counterterrorism analyst Phil Mudd worked as a senior official in both the FBI and CIA and he doesn't see someone like Gen. Michal Flynn making it through too many years of Donald Trump's administration.

Mudd referenced Flynn's claim that Arabic signs were on the U.S./Mexico border guiding terrorists into our country. It worthy of serious concern.

"Not only in terms of the history we've seen here, repeated tweets and involvement of his son in the transition which proved to be an embarrassment for the Vice President," Mudd explained. Within 24 months I will predict he's out of a job, Gen. Flynn. Not just because of what he says but look at the other people around the table at the meetings that he chairs. General Mattis, seasoned professionals, college professors in the world of national security. They are going to eat Flynn's lunch. In comparison to the other people around the table, people he's supposed to supervise, in some sense, he's going lose them in the next couple of years."

He went on to say that it isn't even a matter of experience or reputation so much as ensuring that the president of the United States has "someone who's supposed to show steady judgment in the face of threats from Iran, North Korea and Russia." Instead, he's being caught up in fake news stories and "random trafficking roots from terrorists."

Trump supporter Kayleigh McEnany disagreed entirely saying that if Gen. Flynn saw photos of signs then the signs are real and not another fake news story, as some have alleged. She went on to cite examples of people from various Middle Eastern countries who have made it across the border.

Mudd took issue with McEnany's claims, saying that the United States doesn't make national security judgments based on if something could happen.

"He alleged there was a factual argument to say that there were signs on the border about terrorists been directed by a foreign power," Mud said. "Presumably, he's referring to Iran. That is not a supposition. It's not a guess. It is a statement. A condition of fact by a future national security advisor. I'm not interested in why something might be true. I want to know why a future national security advisor alleged a fact that can't be proven to be true at all."

McEnany claimed that Mudd can't prove that something doesn't exist. Cooper cited the multiple cases in which Flynn has promoted fake news and stories that aren't real and explained that it calls into question his judgment and believability.

Check out the full discussion from an outstanding panel below: